Tata Altroz Teased Yet Again Ahead Of July Launch 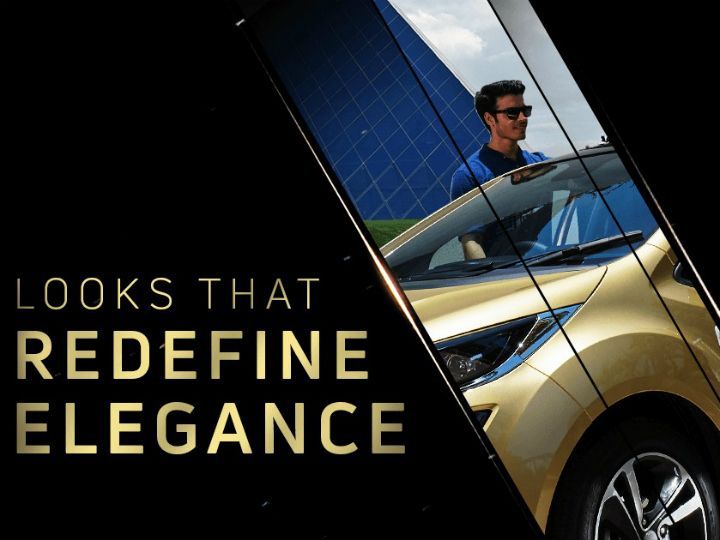 Tata’s first-ever premium hatchback, the Altroz, has been spied testing a couple of times and Tata even teased the production-spec version in a short video recently. Now, it has released a set of images that show various design elements of the upcoming hatchback.

Four teaser images show various exterior bits of the hatchback. The first image shows the hatchback flaunting its sleek split-headlights and dual-tone alloy wheels. The second image shows the side profile with the windowline and blacked out elements. The blacked out roof and ORVMS can be spotted in the third and fourth images along with the uniquely placed turn indicators on the front fenders. One image also shows the dual-tone black and grey interiors.

Going by the spy shots images and the teasers, it seems that Tata has retained most of the styling elements seen on the pre-production hatchback that was showcased at the Geneva Motor Show earlier this year. Tata's Impact Design 2.0 philosophy is quite evident in the hatchback as it features a sharp nose and lines across the bodywork. The premium hatchback is underpinned by Tata’s new AlphaARC platform, which the manufacturer claims will offer a balance between versatility and agility. As for the engines, it will be offered with two petrols and one diesel unit, all of which will be BS6-compliant.

While the higher variants are likely to get a 1.2-litre turbocharged petrol motor that churns out 100PS and 140Nm of torque, the lower variant is likely to come with the Tiago’s 1.2-litre naturally aspirated petrol engine that produces 85PS and 114 Nm. As for the diesel variants, Tata could employ the 1.5-litre engine that does duty under the hood of the Nexon. It produces 110PS and 260Nm of torque. The petrol engines are expected to be offered with a choice of a manual and AMT option, while the diesel is likely to be paired with a manual gearbox. At Geneva, Tata also showcased the electric version of the Altroz which comes with a lithium-ion battery pack. Tata claims that it is capable of covering 250-300km on one full charge. We expect Tata to rollout the Altroz EV later in 2020.

Being a premium hatchback, expect the Altroz to come packed with features, including a touchscreen infotainment system with Apple CarPlay and Android Auto, automatic climate control, a huge multi-info driver’s display, steering mounted controls, and more.

Tata is likely to launch the Altroz by July this year. It has even created a dedicated website for the premium hatchback for prospective customers. Likely to be priced from Rs 5.5 lakh to Rs 8.5 lakh mark (ex-showroom), the Altroz will compete with the Maruti Suzuki Baleno, Hyundai i20, Honda Jazz and the recently launched Toyota Glanza.