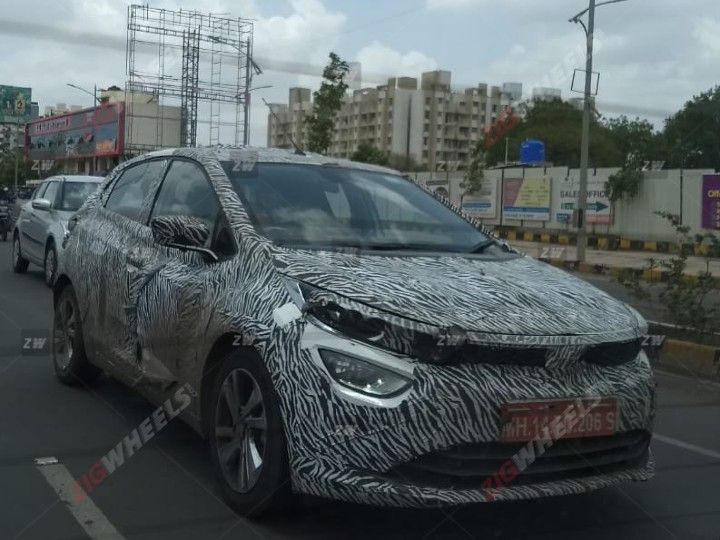 The premium hatchback segment will soon see a new entrant in the form of the Tata Altroz. The highly anticipated car, Tata’s first attempt to crack this booming segment, is expected to be launched by the end of July. While the Altroz has been officially teased by the manufacturer doing stringent handling tests, we have spotted the premium hatchback testing in Pune and we tell you what to expect from it.

Tata has maintained the styling of the Altroz similar to what we saw on the Geneva Edition car. At the front, you get a raked honeycomb grille which is flanked by a set of sleek dual barrel projector headlamps that sweep a long way back. Below them are a set of large fog lamps. At the side, the Altroz gets 8-spoke alloy wheels which look like 16-inchers and fill the wheel arches nicely. The sharp crease on the side and the rising window line add a touch of sportiness to the hatchback. While the rear of the Altroz is camouflaged, it is expected to get the split LED tail lamp setup seen on the Altroz Geneva Edition.

The interiors of the India-spec Altroz are still kept under wraps but we expect it to be almost the same as the Altroz Geneva Edition.

Considering the feature-rich premium hatchback segment, the Altroz is expected to be loaded with kit to take on its well established rivals. Expected features include a touchscreen infotainment system with Android Auto and Apple CarPlay, climate control, cruise control, a 7-inch MID similar to the Harrier, power folding mirrors, keyless entry with push button start and more. It will also get a host of safety kit like dual airbags, ABS with EBD, rear parking sensors with camera, driver and co-driver seatbelt warning and high-speed alert.

All the engines in the Altroz are likely to be BS6-compliant at launch itself as a convoy of BS6 Tata cars including the Altroz was spotted testing in Drass, Jammu and Kashmir recently.

Underpinning the Altroz is the all new AlphaARC platform which will soon make its way to the next generation Tata cars rolling out from the assembly line.

As mentioned above, the Tata Altroz is expected to launch by the end of July. Prices for the upcoming premium hatchback are expected to start from Rs 5.5 lakh and go up to Rs 8.5 lakh (ex-showroom Delhi). The Altroz will rival the Maruti Suzuki Baleno, Hyundai Elite i20, Toyota Glanza, Honda Jazz and the upcoming Renault Triber.