Suzuki Jimny Past, Present And Future: Why This Cute Ute Makes Us Giddy With Excitement

Will the India-spec Jimny be any less aspirational than the Euro-spec SUV? 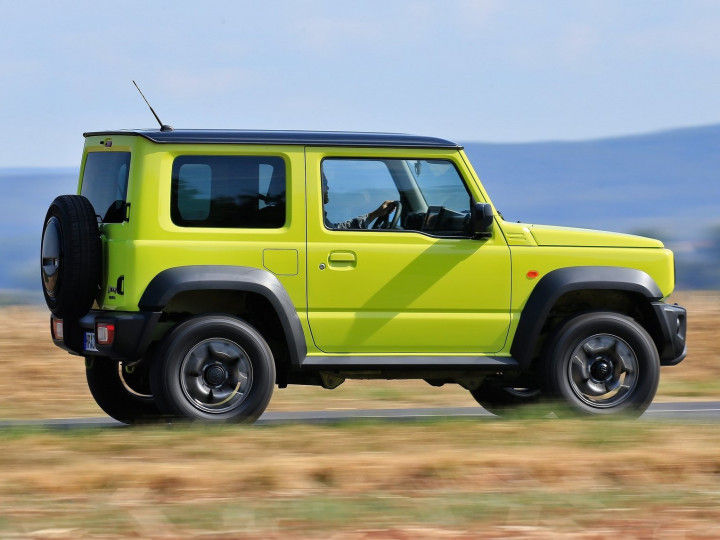 Maruti Suzuki might be India’s favourite car brand, but it has been known to delay launches. From the one-year-late Swift to its first electric car, Maruti’s products are often fashionably late to the party. With the Jimny, this could be a disadvantage -- there’s a cut-throat competition in the sub-4m SUV segment, both in price and features. But even if it's pricier than other SUVs its size, the Jimny is the only SUV other than the Mahindra Thar to offer four-wheel-drive. We take a look at the Jimny's evolution to see how well it could work in India:

Jimny Through The Years:

The Jimny’s history dates back to 1968 when the Hope Motor Company in Japan launched the HopeStar ON360. It was a simple off-roader with leaf spring suspension on all four wheels and sheet metal construction. Under its tall bonnet lay a 359cc 21PS two-stroke air-cooled petrol engine. In 1968, Japan had its sights set on the West. The HopeStar ON360 came one year after the Toyota 2000GT, which is why the company failed to sell even one hundred of these utility cars.

Although it used Mitsubishi parts, Mitsubishi refused to take over the ON360’s production. Suzuki came to the rescue in 1968 and took the ON360 back to the drawing board to create the LJ10 Jimny. Suzuki implanted its own engine under the bonnet alongside the spare wheel. The ON360 got a 4PS power bump and Kei car benefits since it was now a 3-seater. It went into production in 1970 as the first Kei-car off-roader in the world.

The LJ10 evolved into the more powerful, water-cooled LJ20 which Suzuki produced in left-hand-drive forms for import into the United States. The America-spec LJ20s had the spare wheel mounted on the tailgate since Kei-car regulations didn’t apply outside of Japan.

After the LJ10 came the SJ10 Jimny 55. In Australia, it came with proper metal doors and a hardtop. The SJ20 launched in 1977 was the final model with the original Jimny design. It remained in production until 1981 when the second-generation Jimny was introduced.

The SJ30 Jimny went into production in 1981 and spawned the Gypsy that’s ubiquitous on Indian roads today. The SJ10 was more modern and powerful than ever and quickly became a lifestyle choice in many markets including India. It was light, so it could go places where most cars and even SUVs would get stuck. In India, the Gypsy became the car of choice for law enforcement and the military. In many cities and towns, it still is.

But even in the 1980s, the Jimny wasn’t as modern or comfortable as a regular car. It was already an effective off-roader, so Suzuki gave it coil springs and a cutesy design in 1997 and created the third-generation Jimny.

We first saw leaked images of the fourth-generation Jimny in late 2017 and it went into production in 2018 in Europe and Japan. The current generation is a leap for the Jimny. The K15B motor is massive, yet the Jimny fits Kei car regulation with a full suite of safety equipment and seating for four passengers. As for its off-roading capability, videos show that this little utility car can keep up with any other off-roader on a muddy trail. Its advantages of low weight sturdy chassis still stand true. Only now, the Jimny can be your daily runabout. It has a touchscreen infotainment system, cruise control, climate control, and all the other features we’ve come to expect from a car. Yet, the taillamps sit on the rear bumper, the spare wheel is still mounted on the tailgate, and the headlamps are still circular housed within a square frame.

Will India Fall In Love With The Maruti Suzuki Jimny?

The Jimny you see in pictures isn’t the car we’ll get in India. It’s likely that the Maruti Suzuki Jimny comes as a four-door, five-seater car with a longer wheelbase than the Japanese-spec car. It is expected to be produced in India, so it might not be exorbitantly priced for its kit. The Jimny will be sold through Maruti’s Nexa dealerships.

But here’s the problem -- the Jimny comes in 2021, three years after the rest of the world. In 2019, we have seen the subcompact SUV segment grow more populous with compelling products and powerful engines. Carmakers from Europe, Asia, and India have a stronghold with SUVs such as the Tata Nexon, Hyundai Venue, and Maruti Suzuki’s own Vitara Brezza. But if the Jimny retains its off-roading kit and four-wheel-drive system, it would still be the only car other than the Mahindra Thar to be a proper off-roader.