Expected to be launched by 2020 end, it will be offered in a souped-up vRS variant among others 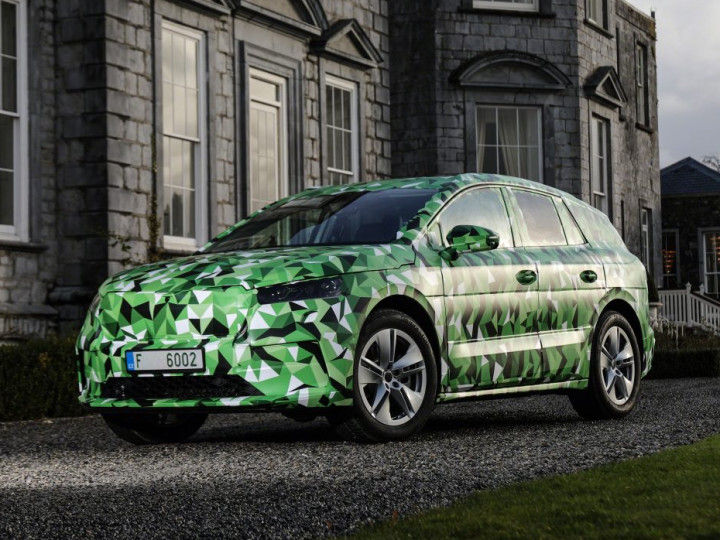 Skoda Auto has revealed the Enyaq iV prototype ahead of its expected debut later this year. The electric crossover is Skoda’s first all-electric vehicle and will be based on the Volkswagen Group’s MEB platform. Here’s more about Skoda’s upcoming electric crossover:

The Enyaq iV will be offered in five variants: 50, 60, 80, 80X and vRS. Yes, that’s right, an all-electric Skoda vRS. The variants will come with varying powertrain options that have different power outputs, battery sizes and drivetrains. Here’s a detailed specification table:

All variants of the Enyaq have a motor on the rear axle while the all-wheel-drive variant has an electric motor at the front axle as well. The Enyaq vRS is the fastest in the lineup, covering the 0-100kmph mark in 6.2 seconds and maxing out at 180kmph. The Enyaq’s battery pack will also support fast-charging, juicing up from 0-80 per cent in just 40 minutes.

Skoda is yet to reveal the interior and other finer design details of the production-spec Enyaq. But based on the prototype, the design is more crossover than SUV. We can also make out familiar Skoda design traits such as the butterfly grille, sleek headlamps, and Skoda-esque ‘C’ shaped LED tail lamps. Inside, the Enyaq iV will come with gizmos like a 13-inch central touchscreen with connected car technology and a heads-up display.

The Enyaq iV is expected to debut later this year. It will lock horns with the upcoming Volkswagen ID.4. Do you want to see the Enyaq iV in India? Let us know in the comments below.