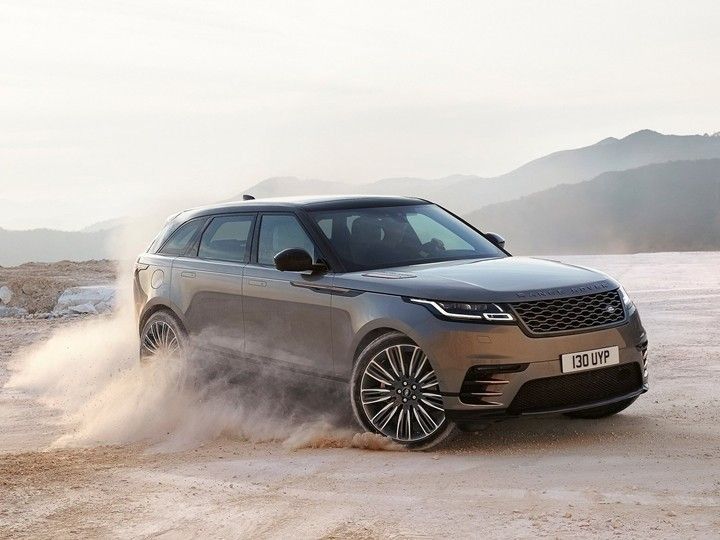 The latest addition to the Range Rover family, the Velar, has been listed on the Land Rover website for India, confirming to its imminent India launch. The Velar, which debuted in March, is expected to be launched in India by late 2017 or around the Indian Auto Expo in early 2018. Range Rover has listed four variants on the website - Velar, Velar S, Velar SE and Velar HSE. The Velar can be had with two diesel options - D180 and D300, and one petrol motor - P250.

The D180 model is powered by an 180PS, 2.0-litre Ingenium diesel, and the D300 by a 3.0-litre V6 diesel that produces 300PS and 700Nm. The sole petrol variant on offer, the P250, is powered by a 2.0-litre motor that puts out 250PS of peak power. Irrespective of the engine, there's a single, 8-speed automatic transmission on offer that sends power to all four wheels via Land Rover's renowned Terrain Response System.

Features like the heads-up display, two 10-inch high-definition touchscreens, interactive driver display, individual sliding armrests and configurable mood lighting are all listed on the website. You also get hands-free boot release and an activity key that can be worn as a wristband, like the one provided with the Jaguar F-Pace. The seats can be electrically adjusted in 20 different ways and feature heating and cooling in the top-spec variants. You can also opt for a rear-seat entertainment package (two 8-inch screens) and the ‘Meridian Signature’sound system that includes 23 speakers and a dual-channel subwoofer.

Being a Range Rover, the Velar comes with its fair share of off-road equipment, which includes all-wheel drive with intelligent drive dynamics, active locking rear differential, 251mm ground clearance, a 24-degree breakover and 30-degree departure angle. The Velar can wade in depths up to 650mm and provides real-time data about its depth.

The Velar will be the fourth addition to the Range Rover line-up and will slot in between the Evoque and the Range Rover Sport. We expect the Velar to cost around Rs 80 lakh for the base-spec variant, and compete against the BMW X5, Audi Q7 and Volvo XC90.