The crossover slots in between the Evoque and the Sport. It is likely to make its India debut next year. 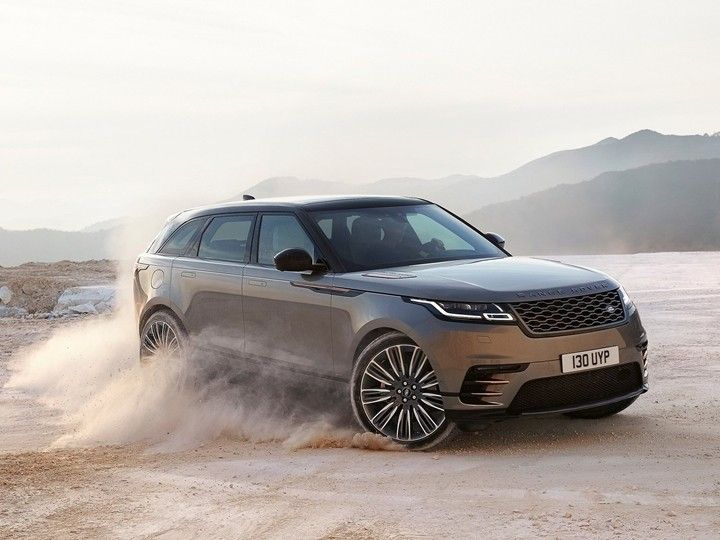 When Range Rover dropped a teaser of the upcoming Velar last week, I wasn't sure if I liked what I saw. "Has the iconic British brand finally given in and joined in the rat race of having as many models as possible?", I thought to myself. But, when I look at the pictures of the Velar now, I have to humbly swallow my words. What a gorgeous piece of kit!

It looks like a chubby Range Rover went to the gym, exercised with a vengeance and got a rocking six-pack and pumped-up pecs. As you might have figured out already, the Velar isn't overly muscular, it is chiselled and lean. There's nothing excessive about the design, which probably explains why it is currently on display at a design museum under the theme 'Reductionism'.

The face screams Range Rover and you wouldn't mistake it for anything else. It's got all the quintessential elements ticked - the family grille, full LED headlamps with the signature LED daytime running lamps pattern and LED taillamps. It borrows a party trick from the Jaguar F-Type and features flush fitting door handles. How cool is that? The wheels you see in the pictures are a ginormous set of 22-inchers; expect a sober set of 18- or 19-inch alloys when you see a Velar roll in India. There's also some bespoke copper detailing on the Velar, which we think looks super cool.

Step inside the Velar and you immediately realise the designers at Range Rover have hit a home run. The design is utterly minimalistic and quite good to look at as well. Range Rover plans on being kinder to the environment with the Velar, so you get high-quality fabric upholstery made by a Danish firm called Kvadrat. Of course, if you are a tad old school and like your seats to be draped in leather - you get that choice as well.

The Velar also debuts what Land Rover likes to call 'InControl Touch Pro Duo'. If you haven't guessed already, it's the 'Duo' that makes all the difference. It gets two 10-inch touchscreens - one on the dash to control the infotainment and the navigation, and a second on the centre console that acts as a display for the air-con settings and the terrain response settings.

And the tech fest doesn't end there, one can also interact with the Velar remotely – from anywhere in the world. The InControl app lets you lock/unlock the vehicle, check fuel level, start up the climate control and even know where it's parked. Pretty cool, eh? In case you plan on being chauffeur-driven in your swanky new Range Rover, you can have it fitted with two 8-inch screens for you to work or watch movies on. Sound duties are taken care of by a 23-speaker, 1600W (GULP!) Meridian audio system.

All the swanky tech wizardry doesn't mean the Velar has lost the core trait of a Range Rover - practicality. For instance, the front armrests are split in half and can be individually adjusted, the rear bench gets a 40:20:40 split and there's a generous 673-litres of bootspace. You also gets handsfree boot release and an activity key that can be worn as a wristband - just like the F-Pace. Sweet!

Speaking of the F-Pace, the Velar shares its underpinnings with Jaguar's first SUV. About 81 per cent of the platform is made out of aluminium which goes a long way in keeping the weight down. There are six engine options to choose from in both petrol and diesel. However, the ones likely to make it to India are the 180PS, 2.0-litre Ingenium diesel, and the 300PS, 3.0-litre V6 diesel. Irrespective of the engine, there's a single, 8-speed automatic transmission on offer that sends power to all four wheels via Land Rover's fabled Terrain Response system.

The Velar is likely to come to India soon after the Discovery 5 makes its debut here. Prices are likely to start at around the Rs 80 lakh mark for the base-spec version and go well past Rs 1 Crore for the range-topping variant.