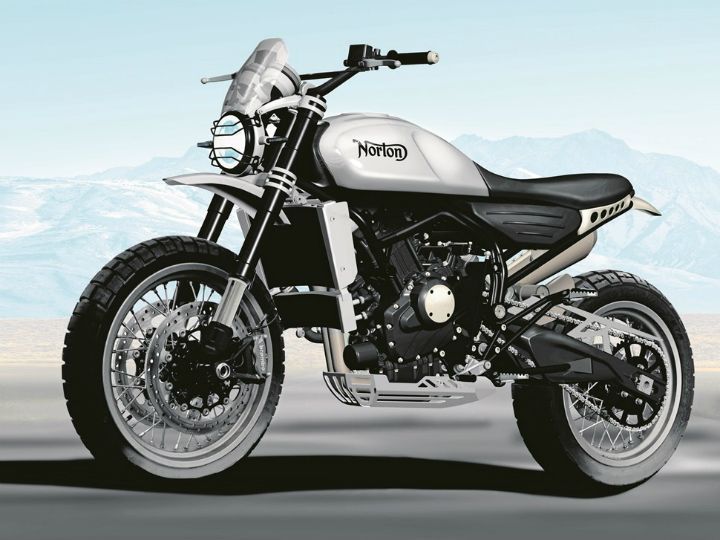 After being revived from the past, Norton Motorcycles seems to be playing chase with other bikemakers in the market. Their latest attempt is the Norton Atlas 650, a scrambler motorcycle much akin to what we’ve seen from the likes of Ducati and Triumph.

From the few sketches Norton have released of the concept, it looks promising. Named after the 1963 Norton Scrambler, the Atlas 650 is expected to make its debut at the NEX bike show in the UK this November. Norton states that bookings are scheduled to begin in 2019, suggesting the production-ready model should be up and running by early next year.

The sketches reveal a retro-styled design with minimal bodywork all around. The Atlas 650 comes with a high-mounted mudguard, a fly screen, classic round headlamps and upswept exhaust. Adding to the Scrambler look are dual-purpose tyres wrapped around spoke wheels.

While the company hasn't revealed any technical specifications, it is reported to carry an all-new 650cc parallel twin engine, which should produce somewhere between 70PS and 90PS of power, mated to a 6-speed gearbox. The Norton Atlas 650 might also be offered in two different variants, one of them more street-focused. Underpinnings include USD forks at the front and a monoshock unit at the back. Braking will be provided by Brembo disc brakes on both ends, with ABS coming as standard.

While no India plans have been mentioned, we expect the Norton Atlas 650 to be available here in the near future. Judging by the engine capacity and Norton’s premium brand image, the Atlas 650 will compete against the Ducati Scrambler and the Triumph Street Scrambler.

Thanks to their recent joint venture with Kinetic, Norton will be setting up a manufacturing plant in India soon. Under this banner, the motorcycles will be assembled here from CKD kits, with future prospects of manufacturing and exporting them to other markets as well.