How Different Is The India-bound Kawasaki Z650RS From The Z650?

A neo-retro roadster based on the same platform as the Z650. But how different are they? 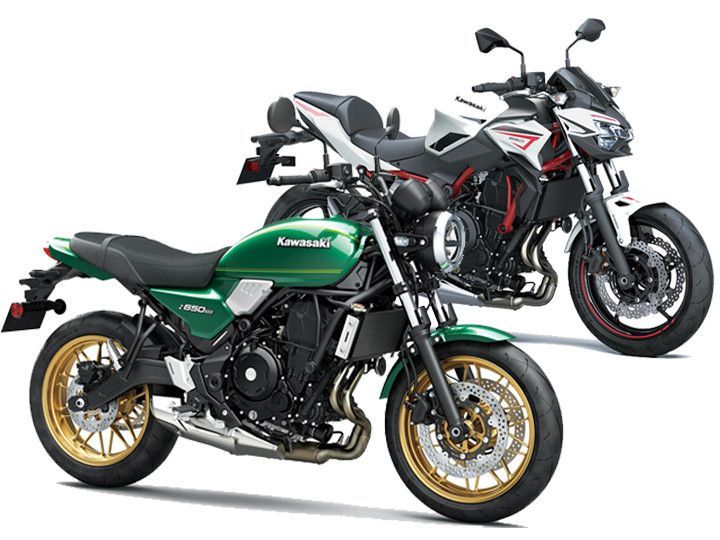 Kawasaki's neo-retro roadster, the Z650RS, has finally made its official debut overseas. And there's reason to celebrate as this sweet-looking bike will be making its way to India by the end of this year. Expect it to be priced competitively since it’s based on the Z650. But how different are these bikes?

The Kawasaki Z650 looks like the proper modern-day streetfighter with its sharp and aggressive styling, while the Z650RS takes more of a neo-retro approach. It's essentially a contemporary take on the iconic Kawasaki Z650-B1 from the 1970s.

You have the old-school circular headlamp which houses a modern LED setup, a slender fuel tank, minimal bodywork, and gold-painted alloys designed to look like wire-spoke wheels.

The exhaust, however, is the same underbelly unit as the Z650. We think a side-mounted unit would have added to the bikes aesthetic appeal.

The heart beating inside the trellis frame is the same for both bikes: a 649cc, liquid-cooled parallel-twin engine. However, it's been retuned for the Z650RS for better low- and mid-range performance without compromising on its top-end capabilities. That said, the power figures for both bikes remains the same at 68PS and 64Nm.

There's no change in terms of hardware either. The Z650RS retains the same trellis frame, 41mm telescopic fork and the horizontally-mounted link-type suspension. While the brakes are the same size as those on the standard Z650 (twin 300mm front discs and a single 220mm rear disc), the Z650RS get regular round rotors, not petal discs.

What’s different is the way these bikes are packaged. You see, the Z650RS has a slightly shorter wheelbase -- 1405mm as opposed to the Z650’s 1410mm. It also sits lower with 125mm of ground clearance, which is 5mm less than its streetfighter sibling. Then there’s the seat height, which at 820mm, is 30mm taller than the Z. That being said, the RS weighs in at 187kg, making it a whole 4kg lighter than the Z650.

The riding posture too seems to be more comfortable on the Z650RS thanks to a taller handlebar and lower-set footpegs.

The RS' gorgeous fuel tank has its downsides as it's only capable of holding 12 litres of fuel compared to the Z650's 15-litres.

According to Kawasaki, the Z650RS will go on sale in November 2021 globally, which includes India. It gets a starting price of GBP 7549 (Rs 7.63 lakh approx) for the all-black version, which admittedly, is on the premium side. We believe Kawasaki may price the RS around Rs 7.50 lakh (on-road), positioning it above the Z650 when it arrives here in India.