Two bikes powered by the same KTM 250 Duke-derived engine. How different are they in the real world? 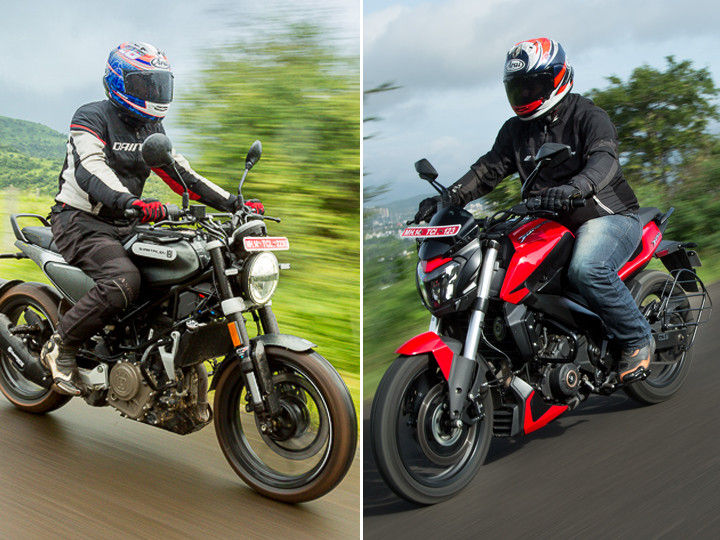 The 250cc segment has seen a surge in demand over the past couple of years, which gave way to a new breed of bikes like the Husqvarna Svartpilen 250 and Bajaj Dominar 250. Both use the same KTM-derived 250cc engine but perform quite differently thanks to their engine tune and weight difference. Here’s a detailed comparison of the two bikes in the real world.

The power difference is quite evident between the two bikes. While the Husky belts out 30 ponies, the Dominar 250 makes a sedate 27PS which is produced slightly higher up the rev range compared to its rival. The Svartpilen also makes 1Nm of torque more than the Dominar 250. Factor in the Dominar’s 14kg weight disadvantage and the numbers speak for itself. While it’s only 0.84 seconds slower than the Husky in the 0-60kmph run, it lags behind by 2.28 seconds while punching it from 0-100kmph.

Having said that, the Dominar 250, with its meaty mid-range, does manage to close the gap by a bit in the roll-on acceleration. But it still isn’t enough to make-up for the power and weight disadvantage.

What we loved about the Dominar 250 were its brakes which offer good bite, feedback and progression. As a result, despite weighing in at 180kg, the Dominar 250 is able to drop the anchor faster than its Swedish rival.

Having a less lively engine also seems to work in the Dominar 250’s favour. Even though the difference is only about 3kmph, the Dominar 250 eeks outs better fuel-efficiency both in the city and out on the highway compared to the Svartpilen despite weighing more.

It all comes down to the engine tune and weight. The Dominar 250 weighing in at a heafty 180kg has been tuned for better city and highway rideability while the lighter Svartpilen with 30PS on tap is better suited for a thrilling ride.