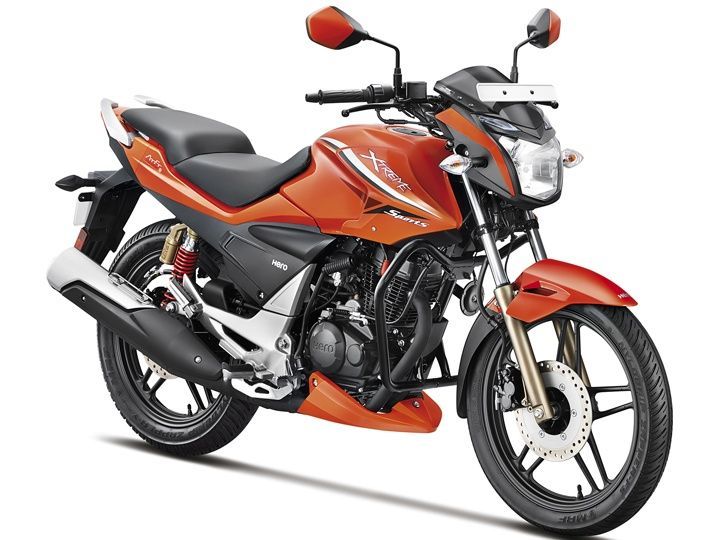 A year after the launch of the Xtreme, Hero MotoCorp has now introduced a sportier version of the motorcycle – the Xtreme Sports. Hero first showcased this offering at the 2014 Auto Expo and has now launched it at a starting price of Rs 72,725 (ex-showroom Delhi).

How is the Xtreme Sports different from the regular model you ask? Although it has the same 149.2cc single cylinder air-cooled unit, it has been tweaked to produce more power. In this state of tune it makes 15.8PS of power instead of 14.1PS on the standard version. Torque rating too has been increased from 12.8Nm to 13.5Nm. The Xtreme Sports too comes mated to a 5-speed transmission. Hero claims that the Xtreme Sports can touch the 60kmph marker in just 4.7 seconds.

There are changes on the cosmetic front too. Up front the bikini fairing holds the twin LED pilot lamps and winkers. The Xtreme Sports also gets an underbelly cowl and split seats. The stylish exhaust with the trendy muffler cover adds to the sportiness and enhances heat shielding. With regards to features, the Xtreme Sports carries forward the semi-digital instrumentation and tubeless tyres from the Xtreme. This one too will come with 240mm disc up front and a 220mm disc at the back. The Xtreme Sports is on sale in five colour options – Panther Black, Fiery Red, Mercuric Silver and the new Black-Red and Pyro Orange colors.

This is the second product launch from Hero MotoCorp in quick succession in the month of June, having earlier rolled out the new Passion Pro across markets in the country. The Xtreme Sports will go against the likes of the Yamaha FZ-S v2.0, the Suzuki Gixxer and the likes.