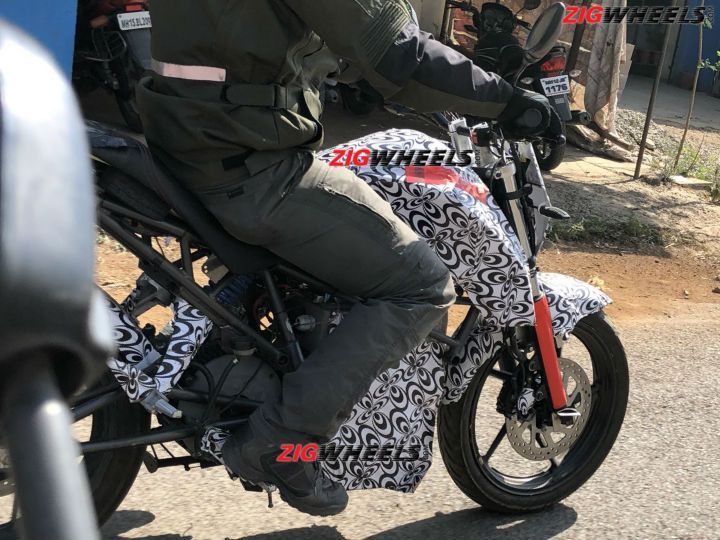 Pune-based electric motorcycle startup Tork Motors’ maiden performance electric motorcycle, the T6X has been spied testing for the first time in India. Going by the spy shots, the motorcycle appears to be built on a trellis frame designed in-house, which uses the battery pack as the stressed member. The subframe starts right from below the rider’s seat, and the electric motor is just underneath it, thus resulting in better mass centralisation.

The short trellis frame setup allows the tubular steel swingarm to be hinged around the electric motor, thus resulting in a longer swingarm without compromising the low centre of gravity. Power is transferred to the rear wheel via a chain drive coupled with a rather large sprocket (for efficient torque transfer).

It appears that the electric motor is mounted on the swingarm, just like how it is in traditional internal-combustion engine scooters. Suspension responsibilities are handled by telescopic forks up front and a monoshock at the rear.

Earlier, Tork had revealed that it was working on a 6kW electric motor, and this test mule likely packs the same. There are disc brakes on both ends with CBS. It complies with the new safety ruling which mandates electric two-wheelers developing 11kW to have CBS and vehicles above that to have ABS.

As per the brand, the peak torque output stands at 27Nm, and the motor is powerful enough to allow cruising at 100kmph. Tork also claims that the battery can be charged up to 80 per cent in an hour and is capable of a 100km range. It’s a given that the battery will be IP-certified (waterproof), but it remains to be seen on how the cooling technology for the battery works.

The pictures also indicate fairly upright ergonomics with wide, raised handlebars and slightly rear-set footpegs. The bodywork appears to be minimal and expect the subframe to be covered with panels as well on the production-spec bike. The headlight is a halogen unit, while the indicators are LEDs.

We expect Tork Motors to launch the final product by the end of this year or early next year. It is likely to command a price tag of around Rs 1.5 lakh (ex-showroom). Stay tuned for more updates. 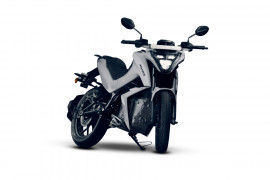 All Comparisons of Kratos