We have all the info about Benelli’s updated middleweight ADV, including features, price and launch timeline 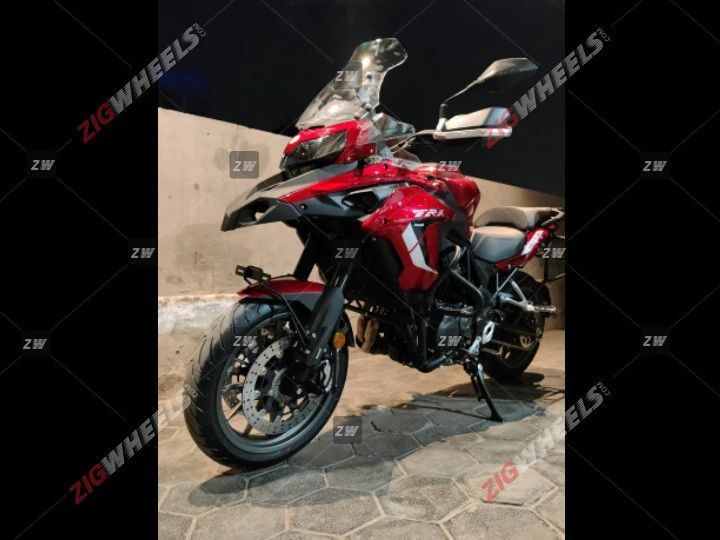 We have managed to get some juicy information and exclusive images of the upcoming BS6-compliant iteration of the Benelli TRK 502. As per our sources, Benelli will not just give the bike a cleaner engine but will also temper it with several feature updates. The middleweight ADV is expected to be launched either by the end of this month or early-February. Our sources have also revealed it’s likely to be priced around Rs 5.30 lakh-Rs 5.40 lakh. To give you a perspective, the last recorded price of the Benelli TRK 502 BS4 was Rs 5.10 lakh (ex-showroom India).

Interestingly, the India-spec TRK 502 BS6 isn’t the same as the updated model, which debuted abroad. However, a few elements seem to have been taken from its international-spec sibling. To begin with, the bike gets reinforced aluminium-frame knuckle guards, new handlebar grips, and redesigned rearview mirrors. All of them seem to be taken from the other bike.

For better convenience, Benelli has offered backlit switchgear, and the semi-digital instrument console now features a white back-lit analogue dial and an orange back-lit digital inset. It still shows the same set of information as before, though. The seat has been carried over too, and so have the pillion grab rail and tail rack. Ergo, the mounting design for the top box is different now. Also, the seat appears to have a narrower side profile. This should greatly help shorter riders to manoeuvre this behemoth. Also Read: What Bikes To Expect From Benelli In 2021?

Benelli has tweaked the 500cc in-line twin-cylinder DOHC liquid-cooled engine to comply with the BS6 emission norms. In its BS4 guise, the motor made 47.5PS at 8500rpm and a peak torque of 46Nm at 6000rpm. Expect these figures to remain more or less the same. The bike also retains its core underpinnings. It continues with the inverted front fork, rear monoshock setup, along with alloy wheels, road-biased tyres, and twin disc with radial caliper up front and a disc at the rear, with standard dual-channel ABS.

As far as competition is concerned, the upcoming ADV conveniently slots between the more affordable KTM 390 Adventure and the premium Kawasaki Versys 650. If you’re willing to spend even more than the Versys 650, you can go for the Suzuki V-Strom 650XT, which is a true-blue adventure tourer that wouldn’t shy away from off-roading.