The BS6 update comes with a marginal price hike 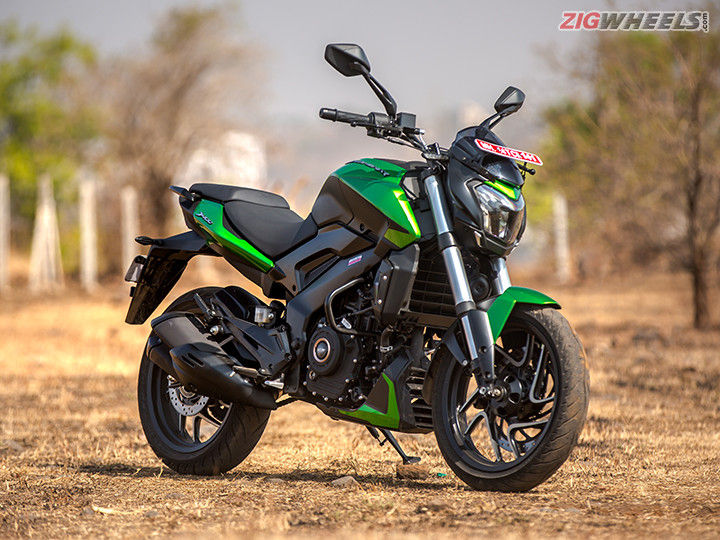 Bajaj has launched the Dominar 400 BS6 in the Indian market. The flagship Bajaj motorcycle now retails at Rs 1,91,751 (ex-showroom, Delhi), an increment of just Rs 1,749 over the Bajaj Dominar 400 BS4. The marginal price hike can be credited to the fact that the new Dominar 400 was already BS6-ready and there have been some incremental price hikes over the past one year.

Apart from the new Bajaj motorcycle meeting BS6 emission norms, no changes have been made to the bike visually. The updated BS6-compliant motor does not lose out on performance and delivers the same 40PS at 8800rpm and 35Nm at 6500rpm as its BS4 predecessor. However peak power and peak torque comes at 150rpm and 500rpm higher in the rev range now. Transmission duties are handled by a 6-speed gearbox with slipper clutch.

Even the underpinnings have been retained, with the perimeter frame suspended on a USD fork and a monoshock unit at the rear. However, the BS6 Dominar 400 is 3kg heavier and its kerb weight stands at 187kg. The braking hardware and tyre specs are the same as before as well, and so does the dual-channel ABS.

There are no direct rivals to the Bajaj Dominar 400, but with respect to price it competes against the Suzuki Gixxer SF 250, Royal Enfield Himalayan and the KTM 250 Duke.