Despite looking longer, the new Scorpio retains most of the design elements from its predecessor 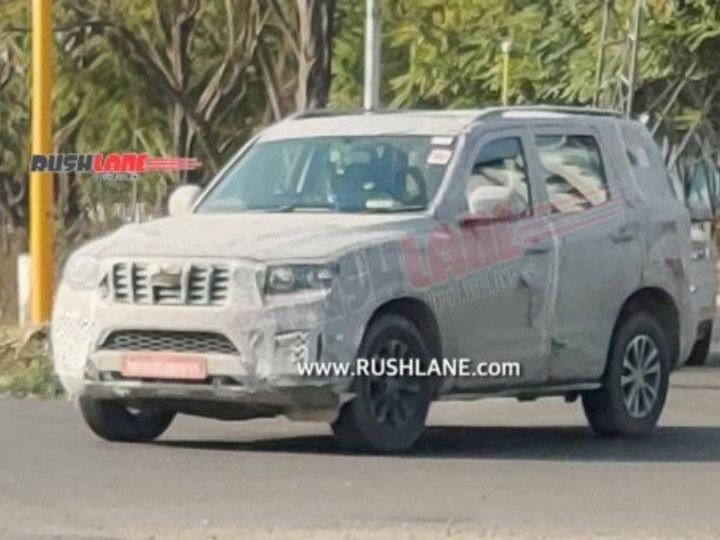 It’s no secret that Mahindra has been prepping the next-gen Scorpio for quite some time now with test mules being spotted several times. Well, it's been spied once again and this time, it reveals a little more ahead of its expected debut later this year.

Despite the 2021 Scorpio being heavily camouflaged, we can say it retains its predecessor’s familiar overall silhouette while still looking like it has undergone a growth spurt. Up front, it gets a new pair of dual-beam LED headlights with a honeycomb mesh for the air dam below. The latest spy images also show the new and trendy 17-inch alloy wheels undisguised. It will have more stopping power thanks to rear disc brakes. At the rear, the LED tail lamps seem restyled.

Earlier shots of the cabin revealed an overhauled layout with a black-chocolate brown theme and silver accents. The feature list sees numerous additions such as a single-pane sunroof -- a first for the Scorpio -- as well as a push-button start and analogue dials with a multi-info display. It could also get a larger infotainment system with connected car tech.

The Scorpio will be powered by the Thar’s all-new 2.2-litre diesel and 2.0-litre turbo-petrol engines, with possibly more power on tap. Transmission options could include a 6-speed manual and a 6-speed torque converter automatic. 4X4 thrills could also make a comeback since it was discontinued during the BS6 transition in 2020.

Mahindra’s next-gen Scorpio, which may be sold alongside the existing model, could be called either ‘ScorpioN’ or ‘Scorpio Sting’ as per the trademarks. Prices are likely to start from Rs 13 lakh (ex-showroom), which should put it within the range of the Kia Seltos, Hyundai Creta, MG Hector, and the lower variants of the Tata Safari.