Ducati XDiavel Embraces The Dark For 2021 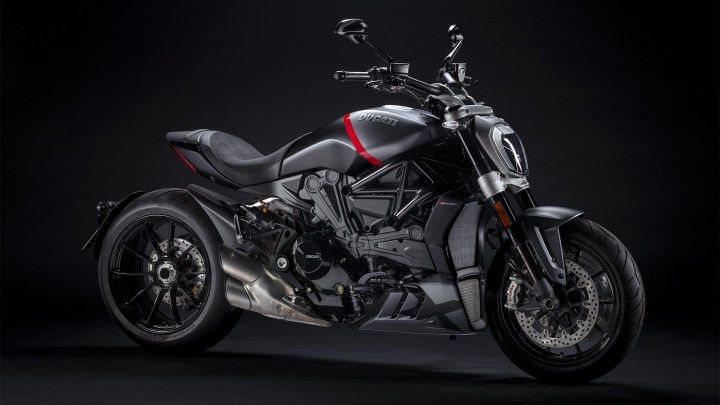 In the second ‘installment’ of the ongoing Ducati World Premiere 2021, Ducati has unveiled the updated XDiavel with two new models, Dark and Black Star.

The XDiavel’s Testastretta 1262cc DVT engine has been updated to meet Euro5 regulation and in the process, has gained 8PS and now delivers 160PS and 127Nm. The bike now also features a new exhaust, taken from the Diavel 1260.

While the ‘techno cruiser’ remains largely unchanged, Ducati has made some changes to its range with the introduction of the Dark variant that replaces the standard variant. As the name suggests, everything on the bike, right from the wheels and frame to the forks is finished in matte black. The mid-variant ‘S’ remains untouched and is also offered in black.

The Black Star is the top variant of the XDiavel range and yes, this one too comes only in black. However, unlike the other two variants the Black Star gets some hints of grey and red too. This variant also gets Brembo M50 calipers and forged alloy wheels, dropping its weight by 2kg. The Black Star now weighs 247kg, which is the same as the Dark variant.

Though there is no official announcement on the availability in India, we can expect the bikes to reach our shores in the first half of 2021.