The devilish Ducati XDiavel is due for its launch in India on September 15. Here are some of the standout features the Italian manufacturer has equipped the power cruiser with. 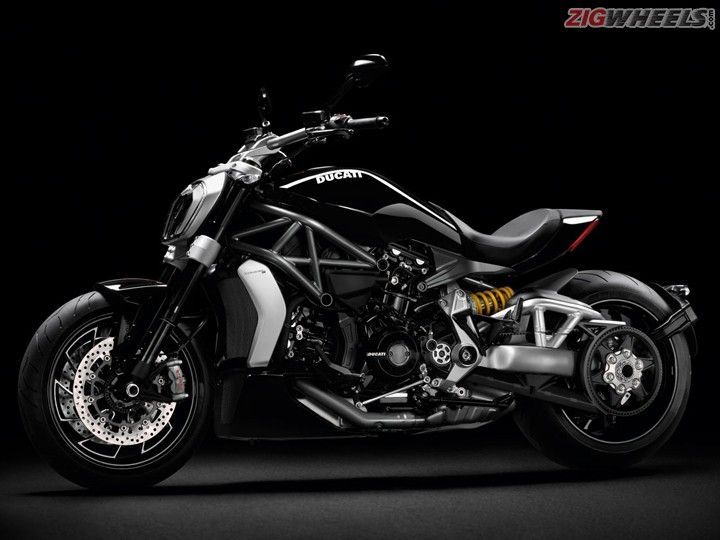 Who doesn’t like Italian motorcycles? I think none. One of the most well-known and desired Italian motorcycles brands in the market is, with no doubt, Ducati. During the 2015 EICMA motorcycle show in Milan, the Italian manufacturer had taken the wraps off the new XDiavel, and boy, what a bike it is! If you thought the Diavel was enough to make you drool, the XDiavel takes the game to an all new level. The power cruiser had also received the highest votes for the most-liked motorcycle during the event. Following the dark black theme, the Ducati XDiavel is a motorcycle that we feel no one could pass by without giving it a second look.

And now, with the official launch of the XDiavel in India just around the corner, we have put together a quick list of the highlights of the much-desired power cruiser.

Carry forwarding the Italian brand’s affection for L-shaped engines, the XDiavel motor packs the punch with modern technological advancements all wrapped in beautiful architecture. The twin-cylinder mill is the latest evolution of the Ducati Testastretta DVT 1262. Upgraded with Desmodromic Variable Timing (DVT) system, the new engine is capable of delivering high torque even at low rpm and also maintaining the sporty performance as the needle reaches the redline. Power figures of the bike stand at 158PS and peak torque at 128.9Nm. Performance-wise, Ducati claims the XDiavel is capable of blistering acceleration from 0-100 kmph under 2.5 seconds and top speed of a little above 250kmph.

The Ducati XDiavel is a power cruiser to its roots and it just would not be right if all the torque is wasted in wheel spin. To make sure to be the fastest of the line, continuing the spirit of a dragster, the XDiavel comes with Ducati Power Launch (DPL) that regulates the throttle input and the traction level depending on the setting selected. Located on the right-hand switch, to launch the power cruiser one needs to activate it by pressing the switch. With that done, press the clutch, slot the cog in first and twist the throttle wide open. Now, the rider needs to gradually release the clutch and hang on for his dear life as the bike would shoot ahead like a raging bull. This system comes with three mode settings wherein level one offers minimum intervention. The DPL switches off by itself as the bike exceeds 120kmph or once the third gear is engaged.

The Ducati XDiavel features an attractive 3.5inch TFT colour instrument console with a split display. With the handlebar passing from in-between, the upper display consists of a separate warning light panel while the lower one displays all the other important information consisting of four different viewing modes. The default mode provides all the tell-tale information while the other modes are Track, Full and City.

With the introduction of the XDiavel, Ducati wanted to ensure that the power produced by the engine reaches the rear wheel with minimal losses. In order to achieve this, the XDiavel is the first motorcycle by the manufacturer to feature a belt final drive. With the belt arrangement, the operation becomes silent, reliable, cleaner, safer, and easier to maintain when compared to chain final drives.

Detectable from a distance of around two meters, the Ducati XDiavel comes with an electronic key that can be used to activate some functions of the motorcycle. On pressing the Key-on button on the electronic key, one can also switch on the control board and also start the engine. The steering lock consists of an electric actuator that can be unlocked with the help of the electronic remote.

With all that power and torque being produced by the engine, Ducati has equipped the motorcycle with some notable electronics as standard equipment under the Ducati Safety Pack (DSP). The power cruiser gets cornering ABS that has been developed by Bosch to enhance the braking at both ends in crucial situations while turning. Other noteworthy equipment under the DSP is the Ducati Traction Control (DTC) system that provides eight different levels of traction control. Depending upon the setting selected, the DTC will control rear-end sliding and work as an active safety equipment. While level one is crafted for minimum intervention and is intended for expert riders, level eight, on the other hand, caters to providing more tractions for riders to build their confidence and assist in unfavourable road conditions.