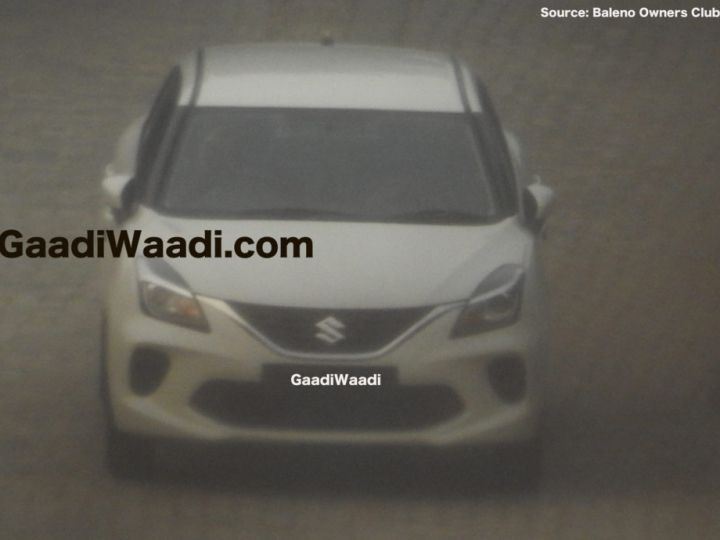 Maruti Suzuki’s upcoming 2019 Baleno facelift has been spied a couple of times already and the carmaker will be announcing the pricing in January. But ahead of the official announcement, we can confirm changes that the facelift will feature over the current car. We already know that the new Baleno will come with a redesigned front bumper and a new 3D pattern on the grille thanks to spy shots but there is plenty more that will differentiate the 2019 Baleno its older iteration

For starters, the 2019 Baleno will come with new machine finished alloys which will sport a black and silver finish for a sportier look. Ironically though, Maruti will also be offering the UV-cut glass on the Alpha variant only where it was previously available with Zeta variant as well. One of the bigger changes however will be the addition of LED headlamps. Currently, Maruti offers HID projector headlamps on the Alpha variant only. But with the facelift Maruti will offer projectors Delta variant onwards and all projector headlamps will be powered by LEDs .

The facelift will also get larger LED DRLs consisting of 15 LED units which will be significantly brighter than the current but will be reserved for the Alpha variants only. Delta and Zeta variants will make do with LED guide lights. Lastly the new baleno will now come with parking sensors as standard.

The interior will get an update as well. Maruti will offer dual-tone black and blue seats along with the combo making it on the doorpads as well. Other changes wil include grey and silver accents around AC controls and vents. The leather wrapped steering however will be available on the Alpha variant only where previously it was available on the Zeta as well. It will also get an updated SmartPlay Studio Infotainment system which will support Apple CarPlay and Android Auto and will likely be available with the Alpha variant only. The rest might have to make do with a 2DIN system like on the recently launched Ertiga.

As of now, there is no official word on the launch date or the pricing from Maruti but some Nexa dealers are accepting unofficial bookings with a promise of delivery in february. Lastly, the updated Baleno is likely to command a premium over its current model which is priced between Rs 5.42 and Rs 8.53 lakh ex-showroom Delhi. According to our sources, the Baleno could be launched on January 27th.