Unlike the previous update from 2019 that just got a nip and tuck, the latest one looks pretty extensive 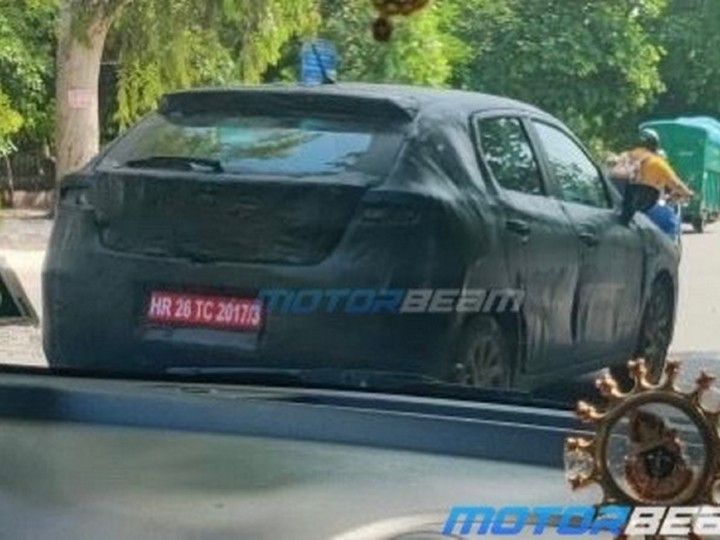 Maruti Suzuki looks set to give the Baleno hatchback an update as a test mule has been spied, testing on Indian roads. And while the model is under heavy camouflage, it hints at an extensive update unlike the previous facelift in 2019 which was limited to subtle tweaks.

The clue to this heavy update lies at the rear, with the test mule sporting new squarish tail lamps in contrast to the current model’s rounded units. This could also mean a similarly extensive update to the headlamps even though we’re yet to have a frontal view. Also expect upgrades for the front and rear bumpers, the front grille and alloy wheel design.

Cabin shots are yet to surface, but a tweaked dashboard layout could be on the cards. As for features, we could get a larger touchscreen infotainment system, and wireless Apple CarPlay and Android Auto connectivity among other additions. It should retain bits such as steering- mounted audio controls, a multi-info display, electrically adjustable ORVMs and keyless entry with push button start. Safety will likely be covered by dual airbags, ABS with EBD, ISOFIX anchorages, and rear parking sensors like the current model.

It's likely that the updated Baleno will carry on with its 1.2-litre K12B, and 1.2-litre Dualjet petrol engine options unchanged. The former makes 83PS, while the latter makes 90PS and gets Maruti Suzuki’s Smart Hybrid technology. Both engines can be paired with a 5-speed manual transmission, but the CVT is limited to the 1.2-litre K12B petrol engine.

Expect Maruti Suzuki to launch this heavily updated Baleno by 2022 at a premium over the current model that retails from Rs 5.98 lakh to Rs 9.30 lakh (ex-showroom). It will rekindle its rivalry with the Hyundai i20, Toyota Glanza, Tata Altroz, Honda Jazz, and Volkswagen Polo.