Here’s how the Baleno’s new powertrain compares against other 1.2-litre petrol-powered hatchbacks 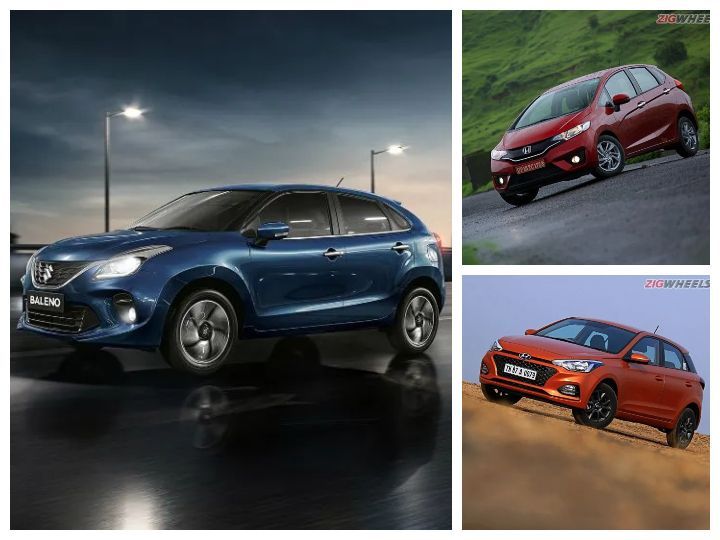 With Maruti Suzuki set to discontinue diesel-powered models from April 2020, the homegrown carmaker has added a new 1.2-litre petrol engine to the Baleno’s powertrain lineup to compensate for the loss. Called the 1.2-litre DualJet Dual VVT, the new engine complies with upcoming BSVI emission regulations. If you’re worried that a petrol engine will not be as efficient as the 1.3-litre DDiS 200 motor, you’d be glad to know that it comes paired with Suzuki’s Smart Hybrid system to make it more frugal.

However, the Baleno DualJet has to overcome some barriers before it can become the de facto engine choice for the masses. Apart from the addition of the DualJet engine, Maruti has also updated its 1.2-litre K Series petrol motor in accordance with the upcoming emission norms. So the Baleno powered by the DualJet engine not only has to outdo cars from established rivals like the Hyundai Elite i20 and Honda Jazz, it also has to contend with the 1.2-litre K Series-equipped version of itself!

The Heart And The Drive

As seen in the table above, all four cars have an engine capacity of 1.2-litres and all four of them produce their peak power at 6000rpm. Interestingly, the Baleno DualJet and the Honda Jazz produce 90PS of power whereas the other two produce 83PS. All four cars produce comparable torque figures as well. But it’s the i20 which produces the most amount of torque that comes earlier in the rev band. Following closely is the Baleno K Series, which produces 113Nm of torque at 4200rpm, after which the DualJet variant produces the same amount 200rpm later. The Jazz produces the least amount of torque and in true Honda fashion, the torque is produced higher up in the rev band at 4800rpm. All cars present here come with a 5-speed manual transmission as standard. All of them can be had with a CVT as well. But surprisingly, if you want an automatic Baleno, your only option is to pick the K-Series powered car as the DualJet engine doesn’t get an automatic variant as of yet.

Talking about fuel efficiency, the Baleno DualJet is the most frugal of the lot thanks to its light kerb weight and Maruti’s Smart Hybrid technology which shuts the engine off when standing still. Coming up second is the Baleno powered by the K Series engine. The i20 and Jazz take up the last two spots, respectively.

Since the Baleno DualJet is not offered in the top-spec Alpha variant, we have used variants that sit below each car’s top-spec variant for this comparison. While they don’t get all the bells and whistles of the top-spec varant, they do come with enough to not leave you wanting. Common features on all cars include steering mounted audio controls, electric mirror adjustment and driver seat height adjuster. The Baleno is the best equipped here with a touchscreen infotainment system that supports navigation, Android Auto and Apple CarPlay, climate control, tilt and telescopic steering wheel and LED headlamps. The i20 trails behind with halogen headlights and manual AC controls. The Jazz ‘V’ variant gets the least amount of kit in this comparison. While you do get an infotainment system, it is not a touch unit and the Jazz doesn’t get smartphone connectivity options and navigation either. The Jazz is also the only car here to feature a tilt-only adjustment for the steering wheel.

Which One Keeps You The Safest

The good news is that all these cars come with twin airbags and ABS. And while all of them get rear parking sensors, the i20 and Jazz take it a step ahead by offering a rear camera as well.

While it comes to signing the cheque, the Jazz is the most expensive one here. In fact, the petrol engine is not available in the base-spec ‘S’ variant, which makes you stretch your budget further. Also the Jazz is the most sparsely equipped car here. It is a close fight between the Elite i20 and the Baleno twins. While both cars are very well equipped, the Baleno K Series takes it a step ahead by offering an automatic transmission in all variants expect the base-spec version. Hence, this would be our choice if the convenience of a two-pedal setup was on top of our priorities. To make the competion even fiercer, the Baleno will have an all new rival in the form of the badge engineered Toyota Glanza. To be offered with the same DualJet motor and with a fully loaded top-spec automatic variant, the Glanza will look to expand the segment while luring some potential customers away from the new Baleno.

Things get tricky if you want a Baleno manual variant thanks to the two BSVI petrol engine options. The DualJet-powered car costs Rs 89,000 more than the equivalent K-Series powered version. For that premium, is the Baleno DualJet worth the Smart Hybrid tech and its slightly more powerful engine? Only a proper road test between both these cars can give us a clear answer. So stay tuned!