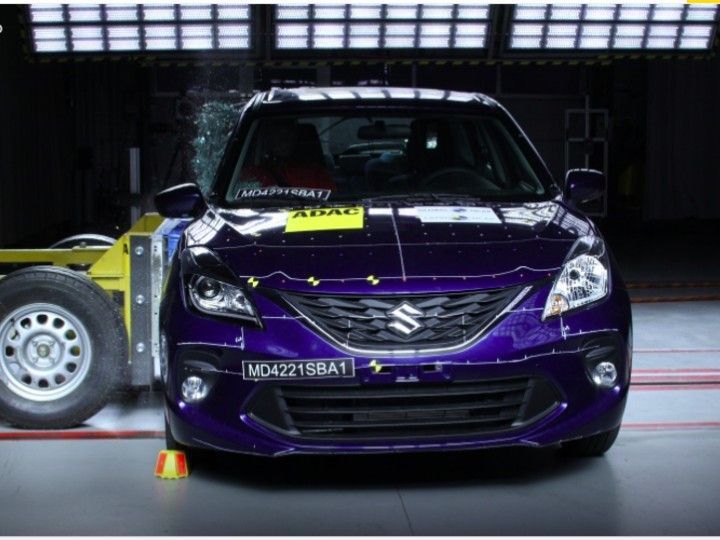 It’s a double whammy for Maruti Suzuki. First, it was the Swift that secured a big fat ZERO in the Latin NCAP crash test. And now, it is the made-in-India Baleno that has suffered the ignominy. The premium hatch cut a sorry figure as it got a 0-star rating in the latest round of assessment.

The Baleno scored 8.01 points (20 percent) in adult occupant protection, with the report labelling ‘good’ for driver and passenger head protection, ‘adequate’ chest protection, and ‘marginal’ knee area protection. The body shell and footwell area were rated ‘stable’. However, it doesn’t get any better, with the hatch securing only 8.36 points (17 percent) for child safety and a beggarly 3 (7 percent) in safety assist features. Pedestrian safety was rated at 30.75 points (64 percent).

Remember that the Latin NCAP crash tests have different levels of complexity to the Global NCAP assessment, and more importantly, the former adds side impact tests to the mix. And that’s where the India-spec Baleno performed particularly miserably.

Protection to the head and pelvis was rated ‘good’, and abdomen protection was ‘adequate’. That said, chest protection was ‘poor’, and the hatch failed the whiplash test, which essentially was the final straw.

The report made a few crucial observations, including that the hatchback lacked ESC as standard, had no side head protection airbags and Child Restraint Systems (CRS).

All this despite the tested hatchback being equipped with dual front airbags as standard, which only goes on toprove that it still has a long way to go if it has to comply with internationally accepted standards. Other safety features in the Baleno include ABS with EBD, ISOFIX child anchors, and rear parking sensors with a camera.