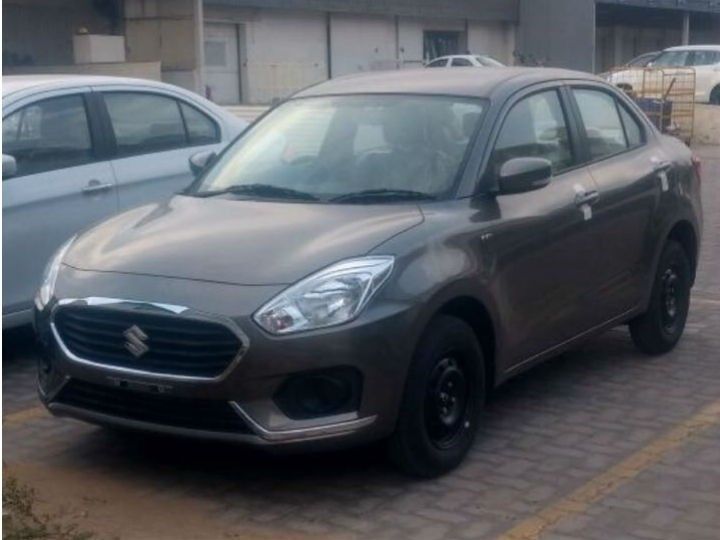 The new Maruti Suzuki Swift DZire was recently seen without camouflage, and the difference from the current-gen DZire is stark. As expected, the face is similar to the upcoming Swift hatchback that was launched in Japan around the New Year. Our inside sources have confirmed that the new Swift will come with LED headlights, which makes it very likely that the new Swift DZire will also sport the same. The new face looks aggressive, especially with the LED projector and DRL setup, which will likely be limited to the higher variants.

A lower variant was also spotted, and it didn't have alloy wheels or the LED projector headlights. The model only had regular reflector-type halogen headlamps.

The interiors too have been updated, and the new DZire is confirmed to get Maruti's SmartPlay infotainment system with onboard GPS for navigation. The 7-inch touchscreen display comes with Android Auto and Apple CarPlay to support two of the most prominent smartphone platforms.

The new DZire will get a new leather-wrapped flat-bottom steering wheel that's also well contoured for improved ergonomics. The dashboard and the steering are also visible with faux wooden accents, although the steering appears to be overdone.

Just like the recent launches from Maruti's stable, the DZire will get dual airbags and ABS as standard and is also expected to be prepared to meet the new crash test norms that are stated to go into effect later in 2017.

There was speculation about whether the DZire petrol will use the frugal 5-speed AMT or continue to employ the decades-old fuel-guzzling 4-speed torque converter. The Ignis is the first car that pairs Maruti's 1.2-litre petrol engine with an AMT and our experts were impressed with it. The gear lever in the spy shots doesn't look anything like that of an AMT. It also features a chrome button that allows switching to and from P or R mode; an AMT doesn't need it. The latest spy shots dismiss those speculations and confirm that the DZire will carry forward with the 4-speed torque converter automatic. The 1.25-litre diesel engine is also likely to retain the 5-speed AMT.

Borrowing the platform from the lighter Baleno should also result in improved fuel efficiency and performance. The DZire's 1.2-litre petrol engine currently returns 20.85kmpl while the 1.25-litre diesel is good for 26.59kmpl.

We can expect the pricing to go up with the new car, which is currently priced between Rs 5.35 lakh and Rs 8.58 lakh (ex-showroom Delhi).