The Anniversary Edition of the retro roadster comes at a premium of Rs 2,000 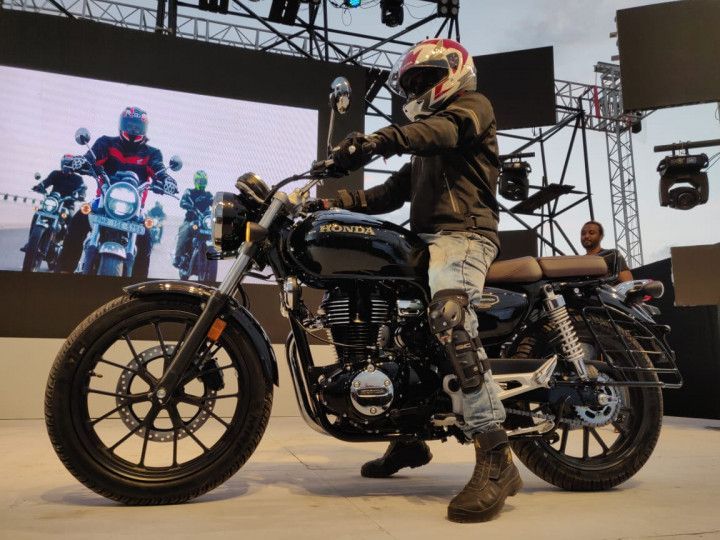 Honda has launched the special edition H’Ness CB350 Anniversary Edition at the ongoing India Bike Week 2021 to celebrate the first anniversary of the retro roadster.

Honda has priced the CB350 Anniversary Edition at Rs 2.03 lakh, which is Rs 2,000 more than the DLX Pro variant, which is priced at Rs 2,01,239 (ex-showroom Delhi). The Japanese retro roadster locks horns with the Royal Enfield Classic 350, Jawa and the Benelli Imperiale 400.

The Honda H'ness CB350 Anniversary comes in two new paint schemes-- a matte green shade and a gloss black colour. Both the bikes come with a tan seat and gold logos on the fuel tank and the side panels.

Apart from the aesthetic changes, the Anniversary Edition is the same as the standard model. So, the same 348.36cc single-cylinder air-cooled long-stroke thumper that dishes out 21PS at 5500rpm and 30Nm at 3000rpm, making it the torquiest bike in the class. The Japanese bikemaker has also equipped the CB350 with first-in-segment traction control.

The Honda CB350 Anniversary Edition continues to ride on telescopic fork and dual shocks. Even the 310/240mm disc brake setup has been carried over.

The Honda H’Ness CB350 Anniversary Edition is around Rs 12,000 more affordable than the top-end variant of the 2021 Royal Enfield Classic 350. While Honda’s bike does have more to offer and appears to have the upper hand on paper, atleast. Wondering how the Japanese thumper would fare against the Indian rival in the real world? Read our 2021 Royal Enfield Classic 350 vs Honda CB350 RS: Comparison Review.