The BS6-compliant iteration costs around Rs 36,000 more than the BS4 bike! 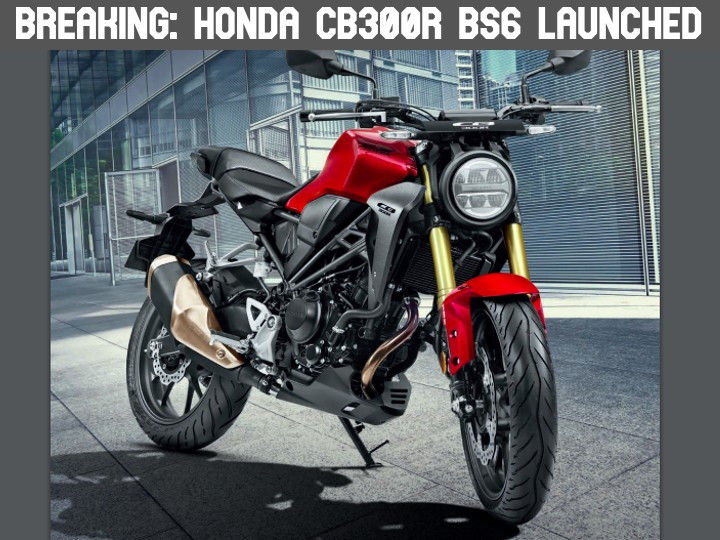 After unveiling the BS6 Honda CB300R at the India Bike Week in December last year, the company has now launched the bike and announced commencement of bookings.

Here’s everything you need to know:

What Is Its Price? Who Are Its Rivals?

Even though the BS6 Honda CB300R enjoys a greater degree of localisation, the bike has become a lot more expensive than before. It is priced at Rs 2.77 lakh (ex-showroom Delhi), around Rs 36,000 more than the BS4 version.

It is, in fact, more expensive than the BMW G 310 R (Rs 2.65-lakh, ex-showroom India). The neo-retro naked also goes up against the more powerful and feature-packed KTM 390 Duke, priced at Rs 2.87 lakh (ex-showroom Delhi).

Additionally, Honda has enhanced the 6-speed transmission with a slip-assist clutch. This should help the bike stay stable while downshifting aggressively, while also making the clutch lever effort lighter.

Apart from the updated powertrain, the bike also gets gold finishing on the inverted front fork, and a slightly tweaked exhaust design. Honda has also managed to shed the weight from 147kg to 146kg kerb.

Well, other than the aforementioned bits, the rest of the bike’s underpinnings have remained the same as before. The CB300R BS6 employs the same frame, suspension and brakes as before. Even the all-LED lighting system, dual-channel ABS, and the full-LCD instrument cluster have been carried over.

What Should’ve Been Changed?

Honda could’ve equipped the bike with a more modern TFT instrument cluster along with smartphone connectivity and turn-by-turn navigation. This would’ve helped the bike remain relevant in its segment.

The CB300R BS6 is already late to the party and even though Honda has added a feature or two, it doesn’t really justify the high asking price considering its rival, the KTM 390 Duke offers so much in terms of both performance and tangible features. If Honda had priced the bike at around Rs 2.5 lakh (ex-showroom), it would’ve been fair for what it offers. 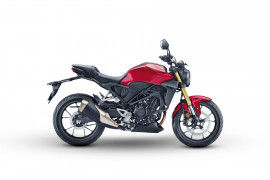 All Comparisons of CB300R