Gets the same styling as the current 200 Duke 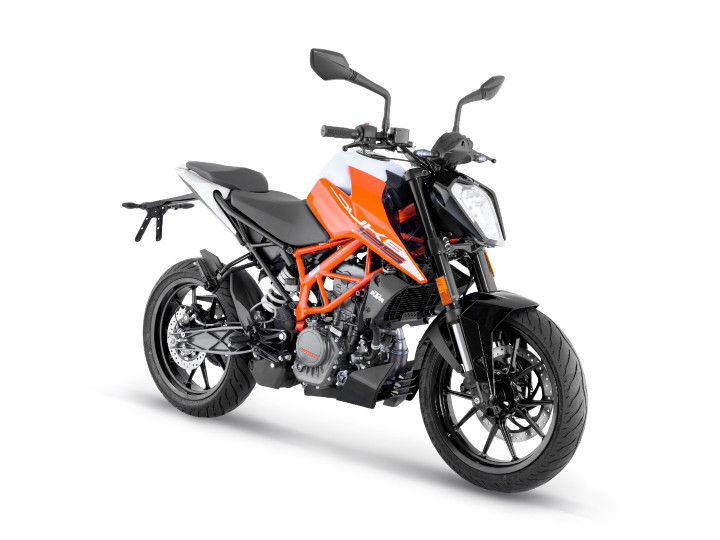 It was about time that KTM spruced up its baby 125 Duke with the current Duke family design language, which began with the 390 Duke in 2017. The updated 125 Duke has reached KTM dealerships across the country, with dealers already accepting bookings. The bike has been launched at Rs 1.50 lakh (ex-showroom Delhi), which is a price hike of around Rs 8,000 over the old bike.

The 125 Duke receives the same set of updates that the 200 Duke got earlier this year. So it now bears a split trellis frame, sharp tank extensions, a larger 13.5-litre fuel tank, LED DRLs, and a halogen headlamp. The console remains the same LCD unit as before. This being the 125, it gets its own dedicated set of graphics and will be available in two colours: Electronic Orange and Ceramic White.

The new split trellis frame should make for a more relaxed rider’s triangle, making it a better city slicker. However, the kerb weight as well as the saddle height has been affected with the new setup. Weight has gone up to 159kg (7kg heavier) and the new 823mm seat height is 5mm taller than before.

No changes to the 124.7cc heart, its 14.5PS and 12Nm output or the six-speed gearbox. The suspension might have received a slightly softer tune like we experienced on the 200 Duke. Disc brakes at both ends continue to anchor the bike while MRF tyres come wrapped on the 17-inch alloys wheels.

Given that the baby Duke has become a bit more expensive, can it persuade you enough to consider it over the likes of the TVS Apache RTR 200 4V or the Yamaha MT-15? Let us know in the comments below or on our social media channels.