Breaking! Close To 1,000 Units Of Toyota Hyryder Recalled Due To Issue With Front Seat Belts 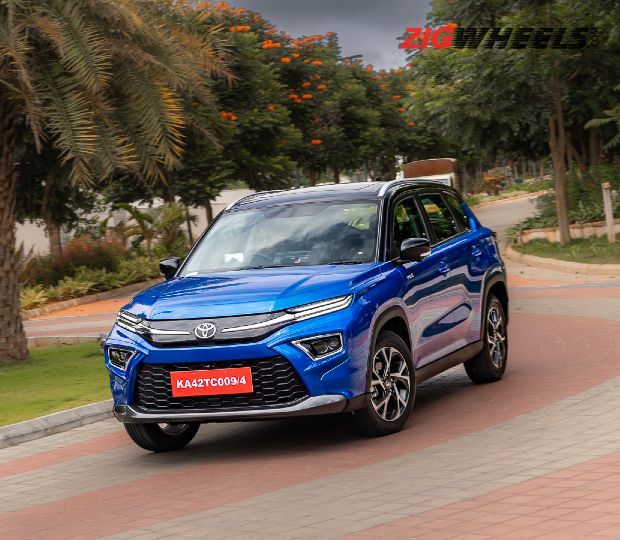 Toyota has announced a voluntary recall for 994 units of the Hyryder compact SUV. An issue has been detected in the front seat belt shoulder height adjuster plate assembly, for which the recall has been initiated. Failure of this part could result in the disassembly of the seat belt.

The carmaker claims no issues or failures of the faulty part have been reported thus far and Maruti has also issued a recall for the same defective part in over 9,000 units of the Ciaz, Brezza, Ertiga, XL6 and Grand Vitara. Since the Grand Vitara is affected and it shares its parts suppliers with the Hyryder, the latter comes within the purview of the same recall.

If the issue is found to be present in the vehicles recalled, the carmaker will replace the defective part for free. Owners of vehicles that come under the recall should be contacted by Toyota dealerships anytime soon.

Toyota launched its compact SUV in September. It and the Grand Vitara are the only models in the segment to get the options of all-wheel drive and a strong-hybrid power unit, which is claimed to offer a fuel economy of 27.97kmpl. It’s also the only SUV currently which can be opted with CNG, offering a claimed efficiency of 26.1km/kg.

The higher end variants get a 360-degree camera and up to six airbags. The compact SUV from the Japanese marque is currently priced from Rs 10.48 lakh to Rs 18.99 lakh (ex-showroom Delhi).