Launched in Indonesia, the R15 V4 is more powerful and looks snazzier than the India-spec bike 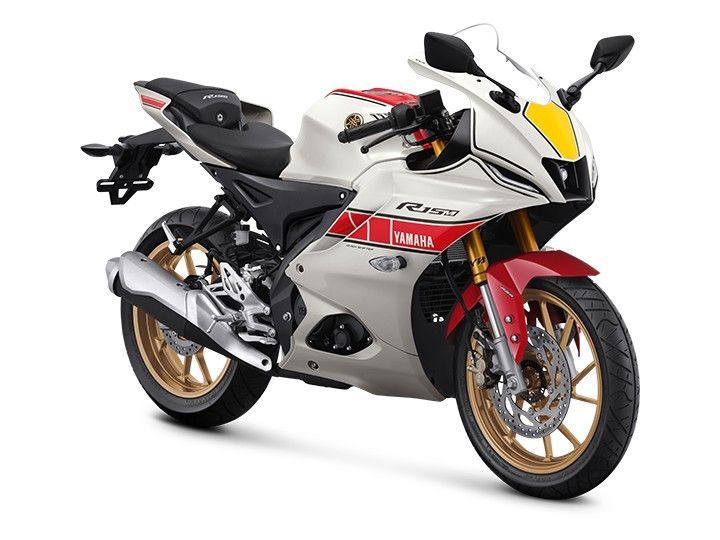 Yamaha introduced the next-generation R15 V4 in India a few months ago, and now, the motorcycle has been launched in Indonesia. It’s called the ‘All New R15 Connected’ and is available in four paint schemes, including the WorldGP 60th-Anniversary edition and a new all-black shade.

The Indonesia bike makes 19.30PS and 14.7Nm from its liquid-cooled 155cc motor (the same as the R15V3 sold in Indonesia). That’s 0.9PS and 0.5Nm more than the India-spec R15 V4. Of course, the power deficit of the Indian Yammie is a result of more stringent BS6 emission norms.

The R15M 60th-Anniversary model is draped in red and white, the same as the R1 and R7 unveiled earlier this year. To say it looks tempting in this colour scheme would be an understatement; the white body panels, red fender, golden USD fork, and rose gold wheels make the R15M look more appealing than ever. However, the special-edition treatment is reserved for the M variant only.

These aside, the Indonesia-spec R15 V4 is identical to the one sold in India. It gets the same USD fork and disc brake setup. Even the features are similar.

All in all, it’d be nice if Yamaha brought the WorldGP 60th Anniversary variant to India.