Your Beloved BSA Motorcycles Are Coming Back 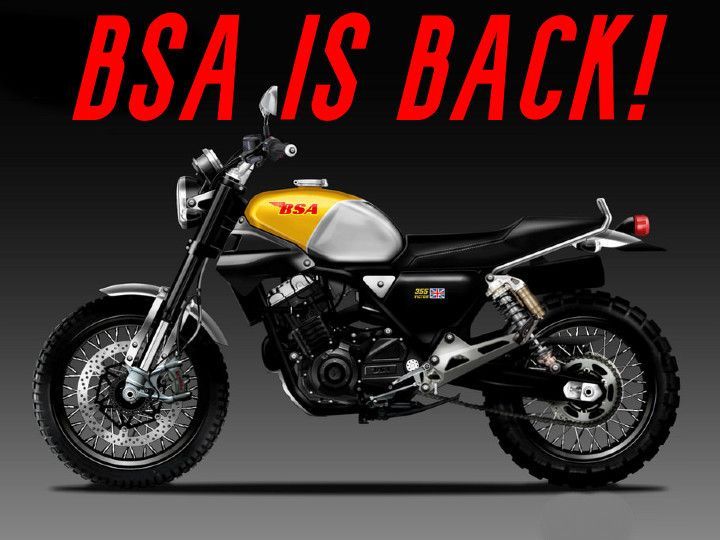 Exactly one year ago, the Mahindra & Mahindra group was on course to resurrect the iconic BSA brand. Then, a few months back, the first test mule of BSA's upcoming 650cc bike was spotted. And now, BSA has teased its comeback on social media, hinting that the project is well on track.

While the short video doesn't give away much, the caption reads, "Return of a Legend. #BSAisBack. We've evolved, but our DNA remains unaltered". Which means…you guessed it...a handful of retro motorcycles, staying true to the company's glorious heritage.

The video also shows BSA's new logo that has been redone to keep up with the times.

The BSA project will run under Mahindra's subsidiary company, Classic Legends, which is also responsible for the upcoming Yezdi bikes and the existing Jawa lineup. However, unlike Yezdi and Jawa, the BSA bikes will target international markets rather than India, as they'll be sold and manufactured in the UK.

The first product from BSA is expected to be a retro electric motorcycle, followed by its petrol-powered siblings -- all premium offerings. The former could arrive as soon as the end of this year, while the latter could come by mid-2022 at the earliest.

However, BSA isn’t expected to set foot in India anytime soon. At least, not until they set up shop here to avoid heft import duties on UK-built bikes. Nevertheless, BSA’s resurrection is still quite exciting!