CONFIRMED: 2022 Mahindra Scorpio Will Go On Sale On This Day

It’s already been spotted and teased, with leaked images revealing evolutionary styling for the rugged SUV 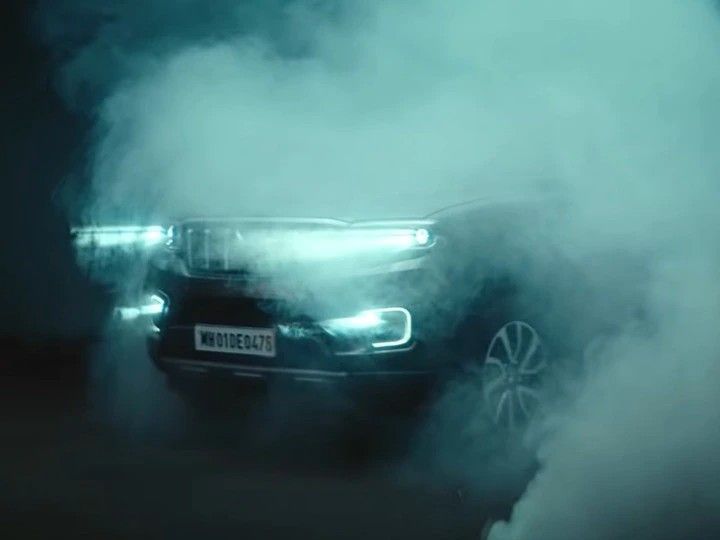 After a long period of testing, a multitude of teasers and leaked images, it's official. Mahindra’s newest iteration of the Scorpio SUV will go on sale in India on June 27. Coincidentally, this will be the month when the Scorpio nameplate celebrates 20 years of existence.

We already know from earlier teasers and leaked images, we’re getting an XUV700-inspired seven-slat front grille with splashes of chrome. Other notable bits will include new dual barrel LED headlights, C-shaped LED DRLs, new dual tone alloy wheels, and Volvo-like vertical tail lamps. These aside, there’s a chunky rear bumper with a chrome strip over it as well.

Official cabin shots are yet to surface, but spy shots reveal an extensive overhaul replete with a minimalistic dash sporting a black/brown theme. It will likely be offered in 6- and 7-seater layouts.  A host of new bits are set to be on board the new Scorpio including a new 8-inch infotainment touchscreen and a 7-inch MID, dual zone climate control, roof-mounted speakers, connected car tech, a single- pane sunroof and a wireless phone charger.

Mahindra is aiming for a strong safety rating in the Global NCAP crash tests, and should thus equip the SUV with six airbags, electronic stability control, a tyre pressure monitoring system, ISOFIX child seat mounts and parking sensors, among several other systems.

Under the hood, we know that the new Scoprio will be borrowing the XUV700’s 2.0-litre petrol engine, with similar power figures (around 200PS). It’ll have manual and automatic gearbox options as well as a four-wheel drivetrain. The diesel engine will be a 2.2-litre engine in two tunes, same as the XUV700, paired with a 6-speed manual as standard. The 6-speed automatic and four-wheel drivetrain will be limited to higher trims.

Expect prices of the 2022 Mahindra Scorpio to start from Rs 10 lakh (ex-showroom). It’ll be a rugged option against the likes of the Kia Seltos, Hyundai Creta, VW Taigun, Skoda Kushaq, and MG Astor.