After being my trusted workhorse for daily commuting for five months now, the time has now come to say cheerio to the TVS Star City+, my first long term review motorcycle at ZigWheels 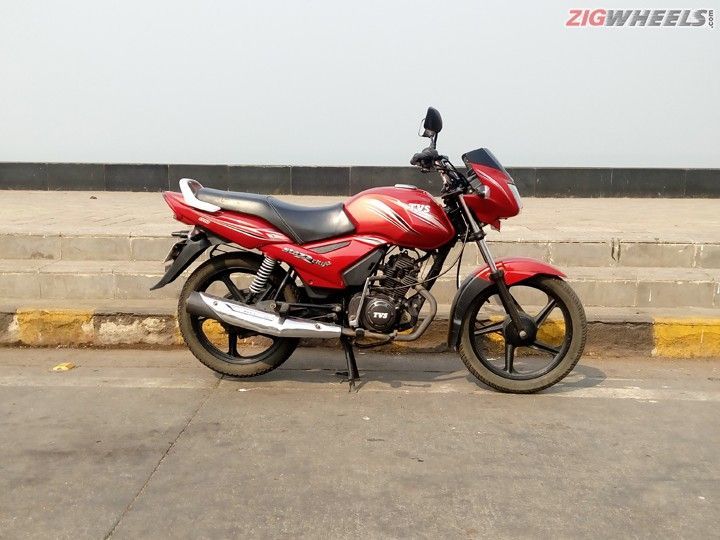 From daily office travel to meeting my friends after office hours, the TVS Star City+ has been my companion to zip through the city traffic for the past five months. My friends at times would nag me for using the Star City+ to travel almost everywhere but when it would come to the mileage, running costs and flexibility, the TVS would always speak for itself. The Star City+ can be said to be an ideal commuter bike which ticks the right boxes in terms of power, comfort and economy. Well, with that said, as I spent more and more time with the bike, I had noticed few drawbacks which are related to electrical and mechanical bits of the bike.

The 110cc petrol engine of the Star City+ continues to run like a charm. The motor has good amount of initial torque for a commuter bike which makes it quick off the line. The maximum speed that I could attain with the Star City+ on an open stretch of road was around 100kmph. The all up 4-speed gearbox is slick in its shifts. The addition of a fifth cog would have greatly helped to reduce vibrations from the engine which was felt on the handle bars and pegs. Moreover, it would also help increase the overall efficiency of the bike. This time around most of my riding was done on highways, I was able to fetch a mileage of 52kmpl from the bike. The exhaust note has a good grunt which was crisp throughout its rpm range which definitely gets plus points from my side.

Well, with all this spirited riding, the brakes are something which I could not vouch for. TVS has not offered a disc brake at the front even as an option for this bike. The drum brakes are not that efficient and would often have myself taking the help of engine braking to reduce speeds.

With my numerous trips from one end of the city to the other, ride quality was absolutely comfortable. The bike tips the scale at 109kg and whenever I had pillion behind me it would make the front-end light affecting the handling. The Star City+ has twin oil filled shock absorbers at the back which offer a good ride, but lately the right one had developed a minor leak which I spotted the last time I took the bike out for washing. Although it seemed like it had just started, I really was not expecting it to occur in just 10,256kms of its running.

Moving on to the electricals, the switchgear used in the Star City+ is of good quality. The colour of the plastic parts hasn’t shown any signs of fading in spite of the bike being regularly parked outside under the sun at my residence. In my previous review, I had mentioned the issue regarding the pass light which would work only on low beam. On a discussion with the service centre guys on the same topic, I have learned that it is not a wiring issue. For the pass light to work on high beam one need to slide the headlight switch to high beam for the light to flash is desired and vice-versa. Well if it is for signalling a pass light during the day it is acceptable, but during commutes at night, the pass function still remains virtually useless as it wouldn’t work with the headlamp already on.

Gratefully, the bike had not given me any expenses apart for the fuel and weekend washing centre costs. Overall through, the Star City+ is a bike that offers low running costs and ease of riding in the city and lives up well to be a good commuter motorcycle from TVS.