Here’s A Glimpse Of The Upcoming Skoda Kushaq

It will be the first of four cars under the Skoda-VW India 2.0 campaign 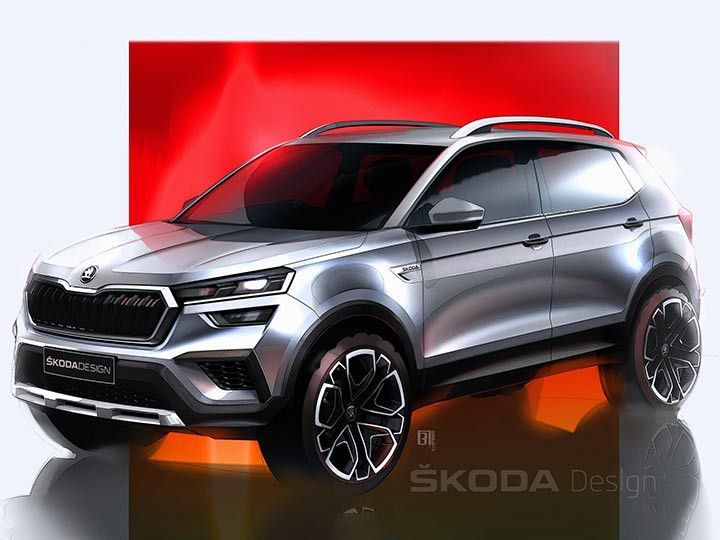 Skoda has released design sketches of the upcoming Kushaq’s exterior. The SUV retains most of the design elements from the Vision IN concept, which was first showcased at Auto Expo 2020. The first of four cars to be manufactured in India, the Kushaq will mark the start of the Skoda-VW India 2.0 campaign. It is also the first Skoda SUV to be made in India.

Up front, the traditional Skoda butterfly grille is flanked by two-piece headlights. An aggressive bumper lies below the grille. At the rear, the Kushaq retains the C-shaped tail lights from the concept. The sketches also reveal an extended roof spoiler and a bumper-integrated diffuser at the rear. In profile, it gets a smart character line running down the length of the car. The SUV is based on the heavily localised version of the VW Group’s smallest modular MQB-A0 platform.

Since the Kushaq will directly compete with the Hyundai Creta and Kia Seltos, Skoda will surely load it to the gills with features such as connected car tech, Android Auto and Apple CarPlay, sunroof, climate control, cruise control, ABS with EBD, multiple airbags, and tyre pressure monitoring system. We do know that electronic stability control will be offered as standard across the variant lineup.

While these are just sketches, the real deal will be unveiled on March 18. Skoda is likely to launch the Kushaq in May at an expected price of Rs 9 lakh to Rs 17 lakh (ex-showroom).