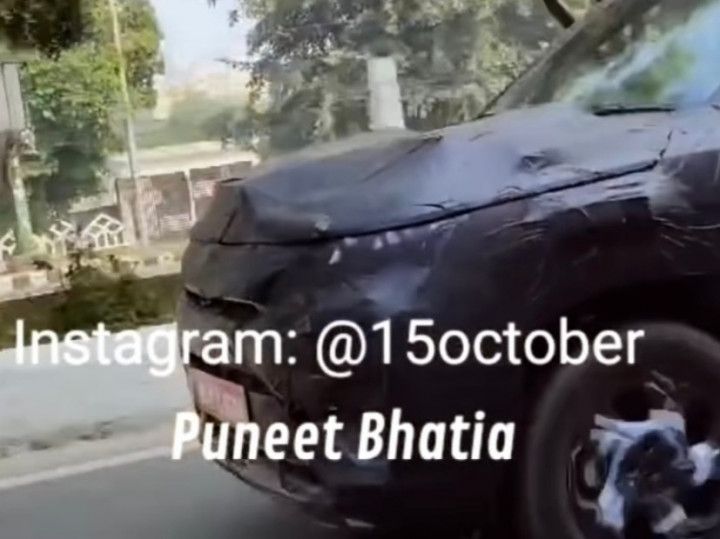 Maruti has started testing the second-gen Vitara Brezza ahead of its debut. Like the current model, the upcoming Brezza will be rebadged for Toyota as well. Interestingly, it will be manufactured at Toyota’s facility in Karnataka.

The test mule you see in these pictures is draped in camouflage, making it difficult to pinpoint the exact details. By the looks of it, though, the upright silhouette is similar to the existing SUV. Apart from that, it should get redesigned headlamps and tail lamps and new colour options.

The interior is yet to be seen. But we reckon it will get the updated infotainment system (with a larger touchscreen), which was recently spotted in the 2022 Baleno.

The SUV could get new features like wireless Apple CarPlay and Android Auto, a wireless phone charger, a single-pane sunroof, and an updated multi-info system. Other creature comforts that should be retained include climate control, cruise control, and keyless entry with a push-button start.

Passenger safety should be secured by dual airbags, ABS with EBD, and rear parking sensors with a camera. We hope the upcoming Brezza one-ups the current-gen model in terms of safety (the Brezza right now has a four-star rating) in the Global NCAP safety tests.

The new offering will likely continue with Maruti’s 105PS 1.5-litre petrol engine, paired with a 5-speed manual and an optional 4-speed torque converter automatic. That said, the latter could be axed for a new unit. The possibility of a diesel engine has been ruled out, but flex-fuel powertrains could certainly be in the offing.

The wraps will be off the next-gen Vitara Brezza sometime in 2022. Prices are likely to start from around Rs 8 lakh, putting it in the range of the Kia Sonet, Hyundai Venue, Tata Nexon, Renault Kiger, and Nissan Magnite.