Maruti is upping the game to deliver a better cabin ambience in the Brezza, and these pictures are proof 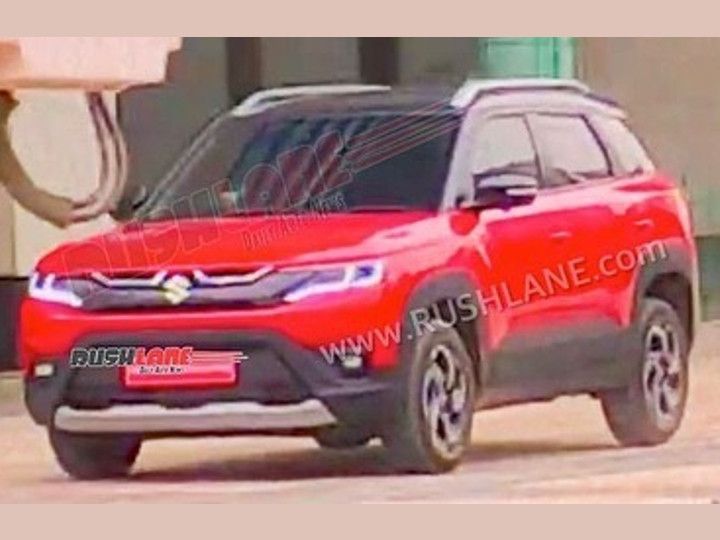 Maruti Suzuki is preparing to launch the 2022 Brezza SUV on June 30. Select dealers have already commenced offline bookings, and the SUV’s exterior has been spotted undisguised ahead of launch. In this report though, images of the SUV’s interior have surfaced online, and it sure does look more upmarket than before.

The 2022 Brezza’s basic dashboard design is similar to what we have seen in the Baleno, meaning the large 9-inch floating touchscreen infotainment takes centre stage. To give the black dashboard a tinge of contrast, there’s a silver trim running across the width of the dashboard and steering wheel. Lastly, the dials and air-con controls have been lifted off from the Baleno.

Maruti will also be playing the features card, and the SUV will get new additions such as connected car tech, paddle shifters, a single-pane sunroof, ventilated front seats, a head-up display, a 360-degree camera, and up to six airbags. Features like automatic climate control, cruise control, and keyless entry with push button start will be retained.

The 2022 Brezza will get the updated 103PS 1.5-litre K15C petrol engine from the Ertiga and XL6. While a 5-speed manual gearbox will be retained, the ancient 4-speed slushbox will be replaced by a more modern 6-speed unit. To see how the updated powertrain works, read our in-depth first drive review of the XL6.

The 2022 Brezza is expected to be priced from Rs 8 lakh (ex-showroom). It will renew its rivalry with the Kia Sonet, Tata Nexon, Mahindra XUV300 and the like. These images also preview what you can expect from its Toyota counterpart, the Urban Cruiser.