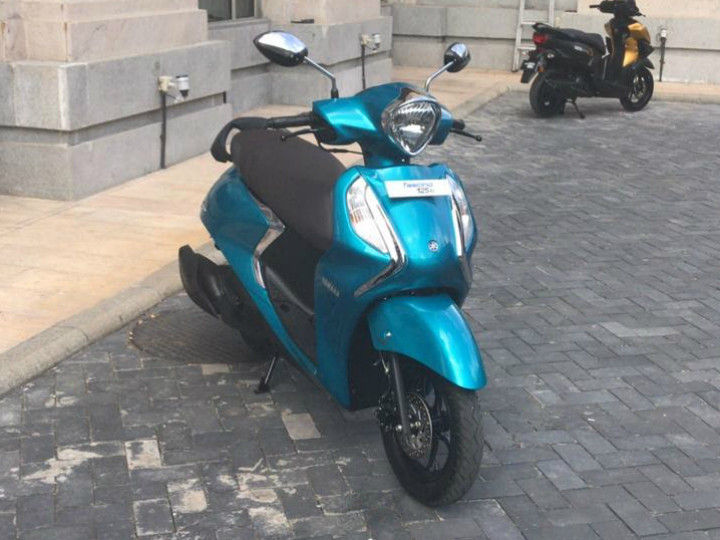 With a switch from a 110cc motor to a 125cc unit, it’s safe to say that the Yamaha Fascino 125 Fi has seen a lot of changes. We have had a few queries regarding the new Yammie scooter on our video. Here’s us answering the most commonly asked ones:

Q. Why is the design of the new Fascino 125 Fi so ugly? The older one looked so much better
While looks are a subjective matter, we do tend to agree that the new Fascino 125 is a bit of an oddball. However, the chrome accents lend it a classy touch and the seat is longer and flatter than before. That said, the scooter as a whole is a bit too much for the eye to feast on.

Q. It does not get a digital info cluster, LED lights or an underseat storage light. Why are these modern features not given?
We were as surprised as you were when Yamaha announced the feature list of the Fascino. However, its sportier cousin, the Yamaha Ray ZR 125, does have few of the aforementioned bits. However, the Fascino 125 Fi is priced equivalent to a BS6-compliant 110cc scooter, like the Honda Activa 6G. This means Yamaha had to cut down on the feature list for this scooter.

Q. The 125cc engine only makes 8.2PS. Why so less?
The new 125cc mill makes 1PS more than the old 110cc motor. It is one of the least powerful scooters in its class but not by a major margin. The Honda Activa 125 BS6 makes 8.29PS, which is 0.09PS more. Yamaha says it has tuned the new motor to be more fuel efficient rather than be an out-and-out scorcher on the road. The company claims that the new Fascino 125 Fi offers a mileage of 58kmpl, which is a 16 per cent improvement over the older 110cc scooter.