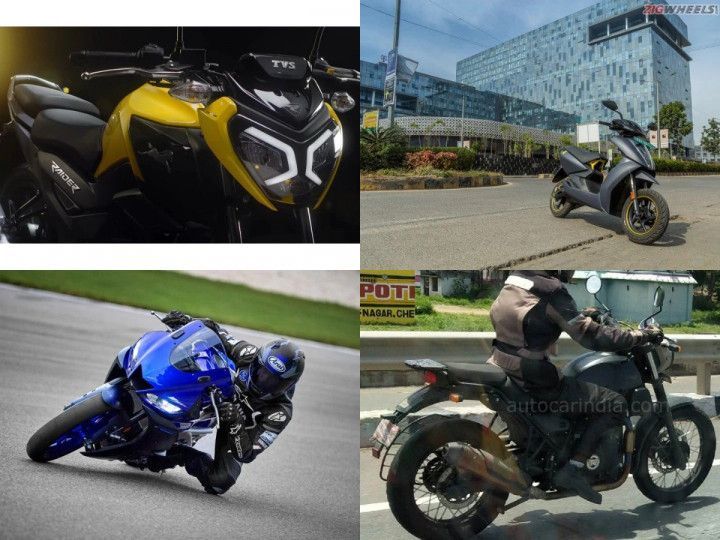 Festive season is inching closer and the Indian two-wheeler market seems to be back on the gas. From new launches to launch date announcements, quite a lot went down in the past five days. Here’s a recap just in case you missed out.

TVS launched its latest motorcycle, the Raider, in the 125cc category. This commuter oriented motorcycle packs the most powerful motor in its segment along with a number of segment-first features. Head here to read the launch story and here for our take on the bike.

It’s no secret that Royal Enfield has been working on an affordable Himalayan-based, variant likely to be called the Scram. The test mule has been spotted again revealing some crucial details that we earlier missed. Here are the spyshots.

The new Yamaha YZF-R15’s leaked images surfaced on the web last month. It’s now been followed up with an official launch date for the Indian market. Not just that, the Japanese bike maker has launched the Euro5 compliant YZF-R3 in the international market. Will it make its way to India? Head here to find out.

EVs have been getting rather cheaper, thanks to government grants, as opposed to ICE-powered two-wheelers. This time around, it’s the Ather 450 twins that benefit from a massive price cut, thanks to the Maharashtra state subsidy. Heres’s how much the e-scooter costs now.

The Ola S1 and S1 Pro recorded sales worth Rs 1,100 crore within a span of a few days since  September 15. The EV manufacturer has announced that the purchase window will re-open again. When? Head here to know.