A unique car in its segment, the all-terrain station wagon has been launched at a very attractive price 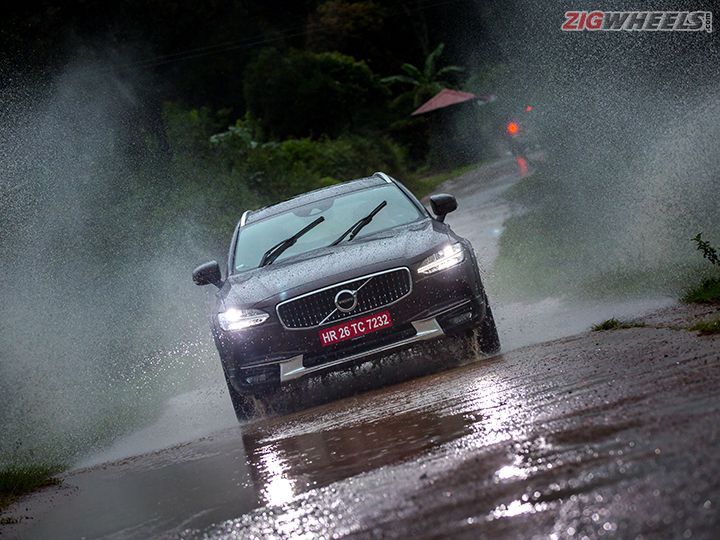 Volvo has been on a roll since the all-new generation of the XC90 SUV made its debut at the Paris Motor Show in 2014.The company revealed its new modular chassis family, new set of four-cylinder engines, a new era of safety features and an all-new design language with it. Less than three years down the line, the new range of Volvo cars now includes four new cars - the flagship S90 sedan, XC60 mid-sized SUV, V90 station wagon and the V90 Cross Country all-terrain station wagon.

This is no SUV, neither is it just a jacked-up station wagon. Sure it does have plastic cladding all around to give it a rugged look, but it does have the hardware underneath to go along with the show.

The V90 Cross Country is based on the S90 sedan. The 'Thor's Hammer' all-LED headlamps, low-slung body (if you discount the ride-height), 'waterfall' taillights etc. are elements which we have seen on the newer generation of Volvo cars before. The subtle 'Cross Country' lettering stamped on the bumper and a small AWD badge along with the plastic cladding suggest that this not merely a raised car. The 20-inch alloy wheels (optional 21-inch wheels are also available) shod with 245/45 section tyres are confusing though – they don't look very off-road friendly.

On the inside, the V90 Cross Country features the Volvo-signature simplistic but luxurious theme. Most surfaces are covered in Nappa leather, the decorative inlays are metallic, the centre console is almost exclusively filled up by a 9-inch touchscreen infotainment system, there is a 12-inch all-digital instrument cluster behind the steering wheel, a proper panoramic sunroof extends over all the passengers and there is a 19-speaker surround sound system from Bowers and Wilkins.

The seats are covered in Nappa leather too, the front bucket units are ventilated and are 12-way power adjustable - including lumbar and seat base cushion extension. The front seats also get a backrest massaging function with three levels of intensity. The rear seats do not get any of the above-mentioned features but can seat two people in absolute comfort or three people in little less comfort. Four-zone climate control is offered as standard with vents for the rear passengers in the middle.

The V90 Cross Country is loaded up for its price. It is fitted with LED headlamps that feature beam-bending and automatic illumination functionality, keyless entry-and-go, 'Sensus' infotainment system with all controls through the 9-inch touchscreen unit, Bluetooth/Aux-in/USB/Smartphone connectivity, cooled glovebox, heads-up display, rain-sensing wipers, manually operated blinds for the rear passengers, and 12V outlets in the front row, second row and luggage compartment.

Volvo is known for its obsession with safety, and it has set a goal for itself to make its cars 'death-proof' by 2020! The V90 Cross Country gets a whole suite of assistance and safety systems which sets a benchmark in the segment for the asking price. Apart from the standard systems such as ABS, EBD, traction control, rear-view parking camera, emergency braking lights, and rear seat ISOFIX child-seat anchor points, the Volvo V90 Cross Country gets radar-based assistance systems.

Called the IntelliSafe system, the technology allows the V90 Cross Country to apply the brakes automatically at lower speeds if needed, stick to the lanes on the road, cruise while automatically following the traffic at the front, and speed up or slow down in tune with the traffic at front. The V90 Cross Country also gets a semi-automatic parking assist feature which can parallel/perpendicular park the vehicle by itself.

The V90 Cross Country is powered by a 2.0-litre, 4-cylinder, turbocharged engine that develops 238PS of maximum power and 480Nm of peak torque. The turbo is supported by what Volvo calls PowerPulse technology, which uses compressed air to spool up the turbo faster than is possible with just exhaust gases from the engine.

The power is sent through an 8-speed automatic transmission via an intelligent AWD system to all the wheels. The AWD uses torque vectoring to exploit the maximum traction available at any given moment for the safest drive possible. Three drive modes are available for on-road usage - Eco, Comfort and Dynamic - these change the throttle response, brake force, transmission speed and steering weight.

The Volvo V90 Cross Country's AWD is unique because it offers an 'Off-Road' mode which almost mimics the Crawl mode in hard-core off-roaders. The system uses torque vectoring, hill-hold and hill-descend functions to make the V90 CC a capable off-roader.