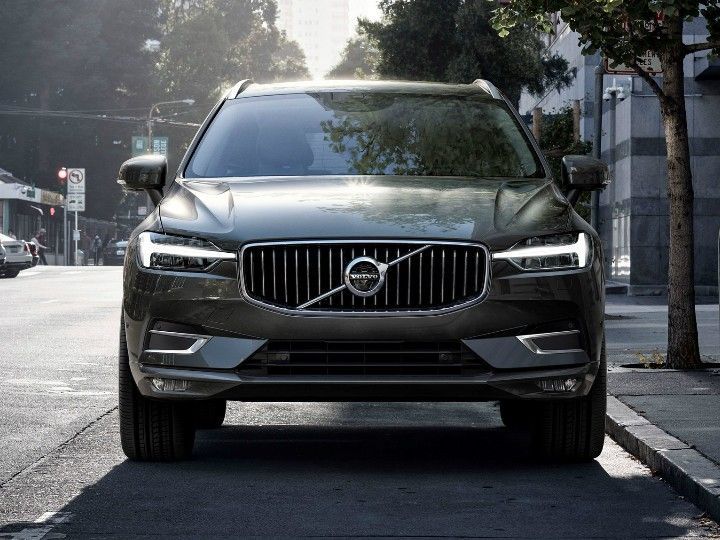 Volvo has unveiled the all-new Volvo XC60 mid-size luxury SUV/crossover at the 2017 Geneva Motor Show. It is underpinned by Volvo’s SPA modular platform which also forms the basis of the new XC90 flagship SUV and S90 flagship sedan.

The XC60 now conforms to the company's new design language. At the front, highlights include the new LED headlamps with the redesigned 'Thor's Hammer' LED DRLs which extend out from the headlamp cluster to the grille. The bonnet features taut lines which exude a powerful stance. Finishing off the bold new look is the new aggressive lower front fascia.

Unlike the more stately looking XC90, the XC60 looks more dynamic with a sharply raked windscreen, slightly protruding tyres, a window line that curves up as you move to the rear, a prominent shoulder line that extends from the bonnet to the tail-lights.

At the rear, the iconic Volvo signature long L-shaped tail-light cluster has been redesigned with modern LED lights. These are slimmer and sharper to look at, the lower part of the tail-light seems similar to the tail-light units of modern BMW SUVs.

The cabin features a much simpler layout compared to its predecessor. The simplicity of the design is further accentuated by the plethora of buttons being replaced by a 12.3-inch touchscreen infotainment system. Even the controls for the climate control are housed in the touchscreen system. Then there is the usage of trim materials such as driftwood. The new CleanZone four-zone climate system is also a highlight, with a large control console for the rear passengers too.

Powertrain options on the new XC60 include the T8 'twin-engine' (petrol plug-in hybrid) with a rated maximum power output of 407PS; 0-100kmph comes up in 5.3 seconds, claims Volvo.

The diesel D4 motor is rated at 190PS while the D5 delivers 235PS of maximum power. The T5 petrol motor produces 254PS of maximum power while the T6 turbocharged-and-supercharged motor develops 320PS/400Nm. All the engines are paired to 8-speed transmissions.

As always, the Volvo XC60 advances the company's goal in reducing international car-fatalities to zero. The City Safety system is now fitted with Steer Assist which identifies potential collisions at speeds between 50-100kmph and automatically steers the SUV to reduce the chance of accidents. The Oncoming Lane Mitigation identifies potential collision with oncoming vehicles and provides steering inputs to avoid a collision.

Volvo's Pilot Assist semi-autonomous driver assistance system is also offered as an option. This can take care of steering, acceleration and braking on roads with clear markings at speeds of up to 130kmph.

The Volvo XC60 will be put into production at the company's plant in Torslanda, Sweden by mid-April. Details of it being launched in India are still not available, but it is set to go up against the Audi Q5, BMW X3 and Jaguar F-Pace here. Meanwhile, BMW has also teased the upcoming X3 - which will be revealed at the 2017 Frankfurt Motor Show.