Sob, Toyota May Not Be Bringing The Raize SUV To India. Here's Why

After all the recent hype, Toyota’s joint venture with Maruti Suzuki might have been what turned out to be the deal breaker 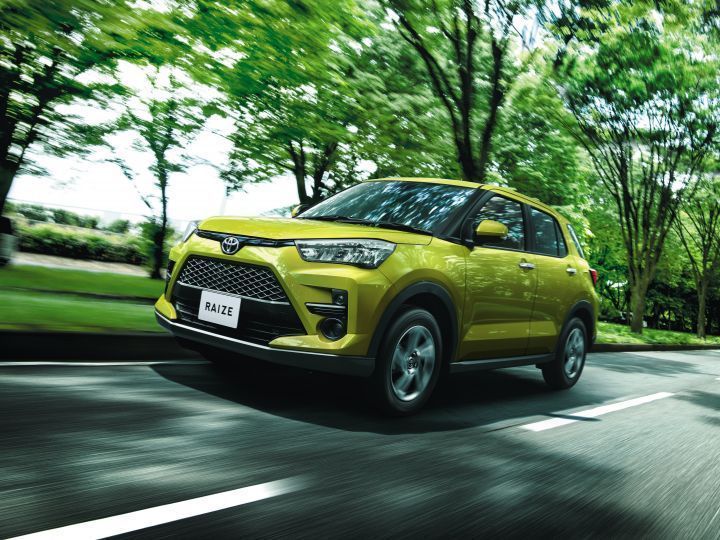 Toyota entered a new segment internationally with the launch of the Raize in Japan. The compact SUV boasts a mini RAV4-like design, class-leading boot space,a host of other kit and a 4WD option. The best part about the Raize is that it has all the ingredients to take on the likes of the Hyundai Venue, Ford Ecosport, Maruti Suzuki Vitara Brezza, Tata Nexon and the Mahindra XUV300 in the Indian market. However, it is becoming increasingly evident that this sub-4m SUV might not make it to Indian shores. Not now, not later, not anytime soon.

You might think that with the Raize having all the necessary requirements to tackle the sub-4m segment in India, an India launch is all but sealed. We initially assumed that the India-spec Raize could get Maruti Suzuki engines instead of the 1.0-litre turbo petrol engine, given the Toyota-Suzuki joint venture. Who would’ve thought this venture would be what prevents the Raize from making it to India.

According to the partnership, the two carmakers will be sharing the same platform and  developing future EVs, hybrids and a C-segment SUV together. Since the Raize isn’t a hybrid or an EV, it doesn’t exactly make sense for Toyota to import the SUV here. Another important thing to note is that Toyota is working on a rebadged Brezza slated for a 2022 launch in India. So it probably makes more sense for Toyota to add some bits from the Raize to the rebadged Brezza for its own identity.

When you add up the fact that the rebadged Brezza will already have a Maruti Suzuki heart, it doesn’t make much sense for Toyota to pool extra resources to introduce the Raize in India. As the Raize is built on a different platform and with the extra costs involved to plonk a Maruti Suzuki engine, this could be the deal breaker for Toyota’s plans to bring the Raize to India. They also plan on bringing a rebadged iteration of the Ertiga MPV and the Ciaz sedan, whereas Maruti Suzuki is planning a rebadged Corolla in the near future.