The Toyota Raize SUV Has Just Been Launched In Japan And So Begins Our Wait To See It Here!

The sub-4m SUV packs enough to potentially take on the likes of the Hyundai Venue, and the Maruti Suzuki Vitara Brezza 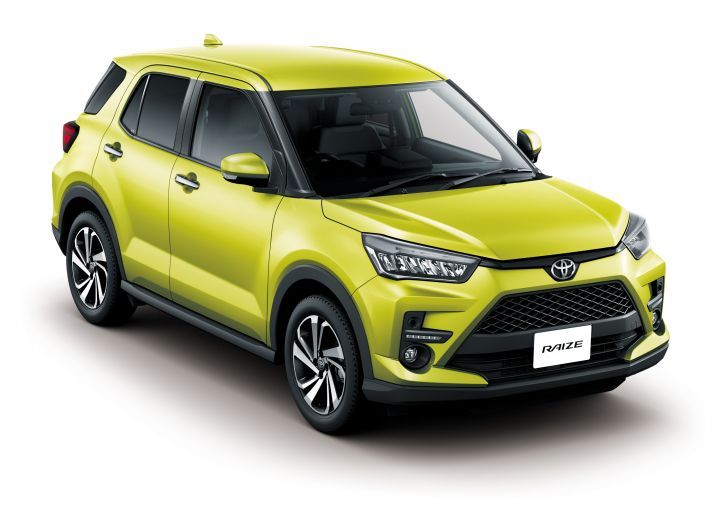 Guess what, Toyota has just launched the Raize (aka Rise) sub-4m SUV in Japan and it sure seems impressive. Highlights include a fresh design, class-leading boot space, supposedly strong dynamics and a 4WD option. The sub-compact SUV is available with a 1.0-litre turbo petrol engine across 4 variants: X, XS, G and Z. But if and when it comes to India, the Raize could benefit from the Toyota-Suzuki tie-up and get a BS6-compliant Suzuki powertrain. Prices for the Toyota Raize start from Rs 10.96 lakh to Rs 14.89 lakh (1,679,000 yen to 2,282,200 yen). If you're thinking why you have been seeing the name Toyota Raize a little too much recently. Most of it is down to two facts -- it’s likely coming to India and it packs all the necessary traits to go up against its key rivals, the Hyundai Venue, Ford Ecosport, Maruti Suzuki Vitara Brezza, Tata Nexon and the Mahindra XUV300.

The Raize is based on Toyota’s DNGA platform, which also spawns the Daihatsu Rocky. The DNGA platform also aims at improved dynamic traits with the help of a light but rigid chassis. This is how the Raize measures against its competition in India:

The Raize is right up there with the competition while beating all of them when it comes to boot space. It also trumps over most of the competition with respect to wheelbase. Overall, width is the only area where the Raize falls short when pitched against its established competitors.

Powering the Raize in global markets is a 1.0-litre turbocharged petrol unit capable of putting out 98PS of power and 140Nm of torque, mated to a D-CVT transmission,which is featuring in a Toyota model for the first time. It is claimed to provide a similar torque output of a 1.5-litre at varying engine speeds. Toyota is also offering the Raize in 2WD and 4WD option with claimed efficiency figures of 18.6mpl and 17.4kmpl respectively. The Raize in India could also use Maruti Suzuki powerplants owing to their partnership.

The Raize features a fresh design language with proportionate dimensions. We are actually starting to like the way it looks, although it's far from perfect. The cabin, though, is very well designed exuding a premium vibe.