The Toyota Raize Might Just Make It To India... Kind Of 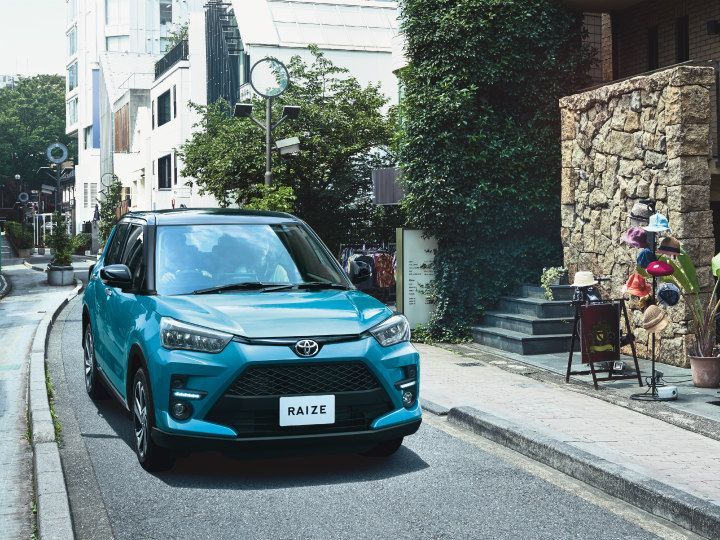 We had earlier reported that there was a chance that Toyota’s Raize may not make it to India owing to the Toyota-Maruti Suzuki partnership. However, there might be a silver lining as Toyota is planning to bring the DNGA modular platform to India, which is expected to underpin a Mid-size SUV that will be co-developed with Suzuki. And since this Mid-size SUV is expected to be larger than the Raize, it won’t qualify for the tax sops for cars under four metres in length. But rest assured, it sure will add to the SUV’s practicality. We believe that this midsize SUV could be the Raize itself in spirit, if not in body.

The Raize’s journey started a few weeks back at the 2019 Tokyo Motor Show where the sub-4 metre SUV was expected to be showcased alongside its sibling, the Daihatsu Rocky which shares the same platform. However, the Toyota didn’t make it to the motor show. Instead, we got a host of leaked information about the compact SUV, revealing its design, safety features as well as its price, trims and variants. Eventually on November 5, Toyota entered a new segment internationally with the launch of the Raize in Japan.

Under the hood of the Raize lies a 1.0-litre turbocharged petrol unit delivering 98PS of power and 140Nm of torque, mated to a D-CVT transmission, which is a first for a Toyota model. The Raize is also offered with a 2WD drivetrain aside from the 4WD option with claimed efficiency figures of 18.6kmpl and 17.4kmpl respectively. If it does make it to India, the compact SUV could be powered by Maruti Suzuki’s engines owing to the partnership between the two manufacturers.

The Raize is currently offered in four variants -- X, XS, G and Z -- in the price range of Rs 10.96 lakh to Rs 14.89 lakh (1,679,000 Yen to 2,282,200 Yen). With its design, dimensions and features on offer, the Toyota Raize has all the ingredients to take on the likes of the Hyundai Venue, Ford EcoSport, Maruti Suzuki Vitara Brezza, Tata Nexon and the Mahindra XUV300 in the Indian market. Only time will tell whether Toyota will bring this sub-4m compact SUV to our shores.