With EVs set to take over Indian roads, we take a closer look at the ones you might see next year 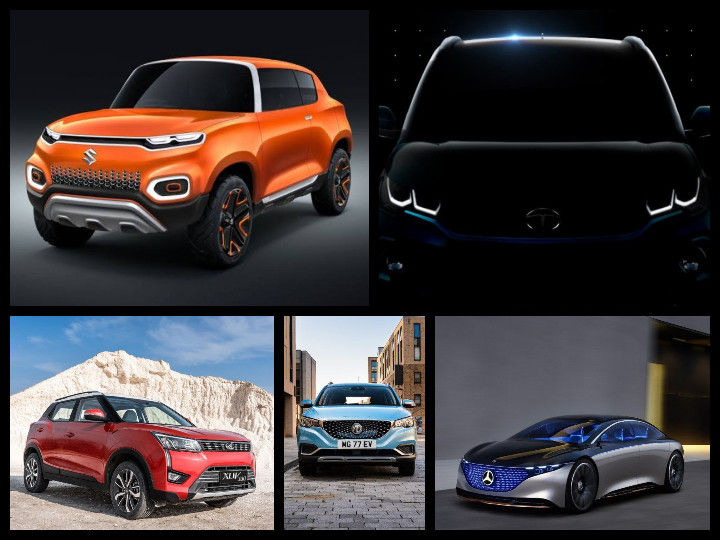 Auto Expo 2020 is set to take place from February 7 to 12 at the India Expo Mart in Greater Noida. The 15th edition of the Auto Expo will witness a host of new car launches, unveilings, as well as major announcements. We’ve already compiled a list of the manufacturers who’ll be attending the event and the ones that plan on skipping it this time around. The major talking point of the expo will be the switch to BS6 emission norms as well as electric vehicles (EVs) that are set to make their way to our shores. Taking that into consideration, here is a list of the top 10 EVs that will be showcased at the upcoming Auto Expo:

Maruti Suzuki’s mystery electric vehicle came to light when the carmaker filed a trademark for the name Futuro-E. As the S-Presso was called Future-S, we thought this could be a preview of an all-electric hatchback. But from what appears now, the Futuro-E might be an all-electric SUV that’s likely to spawn petrol, diesel and hybrid variants as well. Maruti Suzuki has already confirmed that there will be no EV launches until 2021. So expect the production-spec Futuro-E to make its debut in 2021. Will it be worth the wait? Well, we’ll have to wait until we see the concept with our own eyes to answer that question.

Tata is set to enter the long-range EV segment game with the Nexon EV that was unveiled on December 19. The Nexon EV will be the first all-electric sub-4 metre SUV in India and the third all-electric SUV after the MG ZS EV and the Hyundai Kona Electric. The Nexon EV will be the first model from Tata to feature the Ziptron all-electric powertrain (129PS of power and 245Nm of torque). It will also use an IP67-rated 30.2 kWh battery pack, capable of 300+km of maximum range. Expect Tata to price the EV between Rs 15 lakh and Rs 17 lakh.

The Nexon EV’s only competition will be the XUV300 Electric, which is expected to be showcased at the Auto Expo. Under the hood will be an all-electric motor that draws power from a 40kWh battery pack capable of 300km of range. We also expect it to push out 132PS of power from the electric motor. The all-electric sub-4m SUV will be offered in two variants with prices north of Rs 10 lakh. It is expected to be launched by 2021.

MG has already unveiled the MG ZS EV in India while the launch is destined for January 2020. We know everything about the SUV except its price tag. Highlights include a 44.5kWh battery pack capable of offering a range of 340km in one full charge. Output figures are rated at 143PS and 353Nm. The ZS EV also comes with fast-charging capabilities, enabling it to charge from 0-80 per cent in 50 minutes. We expect the ZS EV to be priced around Rs 25 lakh (ex-showroom). It will only be sold in five cities initially: Delhi-NCR, Hyderabad, Mumbai, Ahmedabad, and Bengaluru.

The EQS is basically the all-electric version of the S-Class from the future. It gets a plethora of sci-fi bits right from the LED grille to digital headlamps and taillamps. A futuristic cabin with a minimalistic layout and a massive touchscreen are the highlights. Powering the EQS are two electric motors that produce 488PS and 760Nm. Mercedes claims a top whack of over 200kmph with an equally impressive range of 700km. The luxury sedan also features fast charging, enabling it to charge up in 20 minutes. It’s too early to speculate whether it will be offered in India, but we expect to catch a glimpse of it at the upcoming Auto Expo.

Kia first showcased the Soul EV at its newly established experience centre called the BEAT360 in Gurugram. The Korean carmaker is expected to showcase a wide range of cars and we expect the Kia Soul EV to be one of them. We don’t know if it is the same Soul EV that was handed over to  N.Chandrababu Naidu, the former chief minister of Andhra Pradesh, but it packs a 64kWh Li-ion polymer battery pack capable of a maximum range of 450km. It puts out 204PS and 395Nm of maximum torque. Kia’s current plans for India does not include the Soul EV, but you never know.

Tata stole the limelight with the Nexon EV, which is slated for a launch soon. But what it also has up its sleeve is the Altroz EV. The stylish hatchback, which is launching on January 22, will be followed by the all-electric version. Details are scarce at this point but we know for sure it will share the Ziptron powertrain with the Nexon EV. Considering the Nexon EV can do 300km on one full charge, the Altroz EV might beat that figure.

We’ve been hearing this name for a while now. This is not Mahindra’s maiden attempt at an EV as they already have the e-Verito. When launched, we expect the eKUV100 to be one of the most pocket-friendly EVs in India. Power will come from an eFalcon all-electric powertrain that is expected to provide a  range of 140km. Oh and yes, it was spotted testing a couple of days ago revealing more details.

The name Ora R1 might not ring any bells but what about Great Wall Motors? Yes, the Chinese SUV giant that’s lately been in the news is bringing not one or two but 13 SUVs and EVs at the Auto Expo 2020. The carmaker has also got a green side to it which is represented by the Ora sub-brand. Ora’s offering, the R1, happens to be the most affordable EV in the world. And we expect to see this little EV at the upcoming Expo. Headline specifications include a 35kWh battery pack good enough for 300+km of range.

Purists still haven't gotten over the fact that Porsche has gone green with the all-electric Taycan. But, the Taycan is that one EV, which even ICE fanatics will secretly lust after. Coming from Stuttgart, the Taycan’s got everything to deem it worthy of the famed tribe that represents unadulterated driving pleasure. Available in three versions (4S, Turbo, Turbo S), its maximum figures are 750PS/1049Nm and 400+km of driving range. Now, this is one EV we are really looking forward to seeing in India. But it is going to burn a cave in your wallet with its 8-figure price tag.