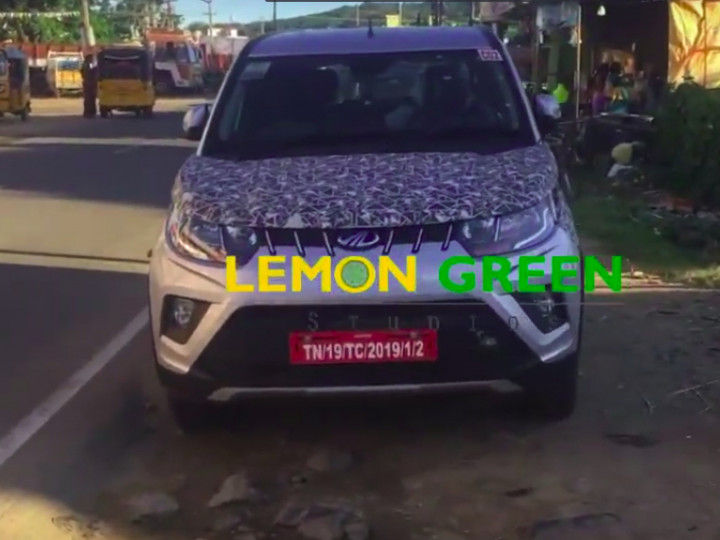 Mahindra is working on a host of electric models. The first new electric vehicle for 2020 could be the e-KUV100. A close-to-production version of the EV has been spotted testing in Chennai. The e-KUV100 is long overdue.

The e-KUV100 made its debut at Auto Expo 2018 and was supposed to hit our roads later in the same year. But due to reasons best known to Mahindra, it hasn’t hit showroom floors even after a year and a half. Now that more manufacturers are jumping onto the electric bandwagon, we expect the eKUV100 to launch in 2020.

The talking point is its all-electric eFalcon powertrain, the specifications for which are yet to be revealed. However, Mahindra claims that the e-KUV100 will boast a travel range of 140km. Further, the battery pack will support fast charging capabilities and can juice up from 0-80 percent in less than an hour.

Visually, the e-KUV100 looks similar to its standard ICE counterpart and retains traditional design elements like the 7-slat grille and its SUV silhouette. The only differentiating bit is the eKUV100 and eFalcon badging on either sides of the headlamp assembly, denoting that you’re driving the cleaner SUV.

Also Read: 2020 Mahindra Thar To Keep Up With The Times With Premium Features

The interior of the eKUV100 is yet to be revealed. That said, we expect it to share its feature list with the standard ICE model. Highlights include a touchscreen infotainment system, steering-mounted audio controls, a multi-info display, manual AC as well as remote and central locking. Expected features include dual airbags, ABS with EBD as well as rear parking sensors.

We expect to hear more information about the Mahindra e-KUV100 at the upcoming Auto Expo 2020. Prices for the e-KUV100 are expected to start around Rs 10 lakh (ex-showroom). It could be one of the cheapest EVs one can buy when it launches in India later in the year.