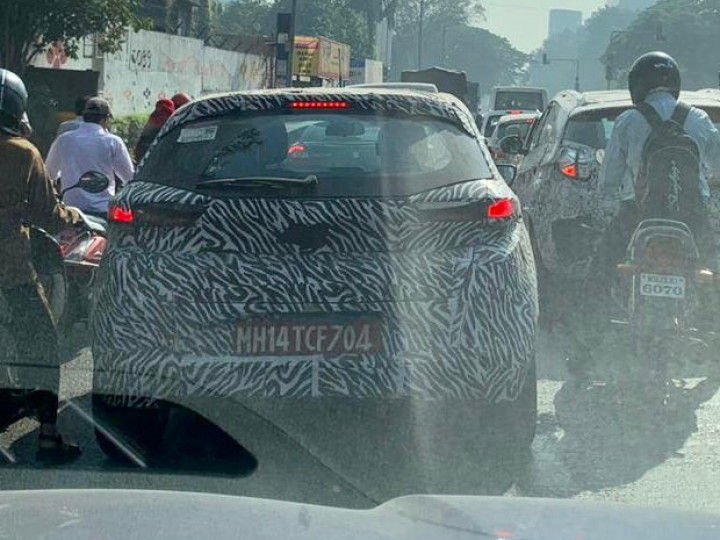 Tata Motors has started testing the Altroz EV, its third electric vehicle after the upcoming Nexon EV in India. Spy shots of the electric hatchback undergoing testing have surfaced online and we expect a close-to-production version to be revealed at Auto Expo 2020. Earlier, the manufacturer took the wraps off the Altroz EV concept at the 2019 Geneva Motor Show.

The Altroz EV will be powered by the new Ziptron powertrain, which will soon debut in the Nexon EV. The Ziptron powertrain utilises a permanent magnet AC motor that draws power from an IP67-rated dust and water-proof battery pack. Technical specifications of the Ziptron powertrain are yet to be revealed. However, the manufacturer claims that it will offer real world driving range of 300km on a single charge.

Just like the standard model, the Altroz EV will be based on the ALFA Arc (Agile, Light, Flexible and Advanced) platform. The rear end of the EV looks identical to the standard version with split LED tail lamps connected by a black plastic trim. However, we expect the Altroz EV to come with a revised front end and a different set of dual-tone alloys wheels to distinguish it from its ICE counterpart.

Inside, we expect the Altroz EV to share its dashboard design with its ICE counterpart. This is no bad thing as the standard model comes with a premium interior. Expected features include connected car technology, a 7-inch infotainment system, Android Auto and Apple CarPlay, a Harman sound system, a coloured multi-info display, cruise control, auto headlamps and wipers as well as ambient lighting. It could come with safety features like dual airbags, ABS with EBD, rear parking sensors, rearview camera, high-speed alert and driver and co-driver seatbelt warning.

The Tata Altroz EV is expected to go on sale by the end of 2020. When launched, expect it to be priced from Rs 14 lakh (ex-showroom India). Tata Motors will launch the standard Altroz on January 22. It’s expected to be priced from Rs 5.5 lakh to Rs 8.5 lakh (ex-showroom). When launched, the standard Altroz will rival the Maruti Suzuki Baleno, Toyota Glanza, Hyundai Elite i20, and Honda Jazz.