According to its Twitter handle, the Chinese carmaker has a portfolio ready for its India debut 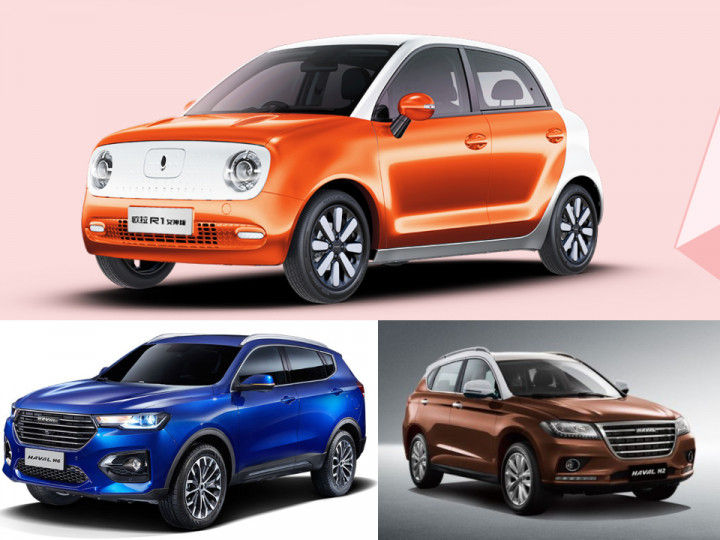 Chinese carmaker Great Wall Motors will make its India debut on February 5 and showcase a total of 13 SUVs and electric vehicles (EVs) at Auto Expo 2020. According to the company’s Twitter handle, the Haval H9 and H2, as well as the Ora R1, could be shown at the Expo. In addition, Haval's Concept H and vision2025 concept SUVs will also be showcased. GWM is China’s largest SUV manufacturer and could introduce one of three cars in India: the Creta-rivalling H2, the MG Hector-sized H6, and the H9 full-size SUV. The SUVs will come with BS6 powertrains. They could be followed by GWM’s Ora electric vehicles in the future.

GWM’s first products for India are likely to be SUVs. The carmaker's Twitter post for the new year shows the silhouette of the H6 SUV, indicating that it could be the first GWM model in India. The H6 was revealed in October last year. You can read our report about it here. This mid-size SUV will rival the Tata Harrier, Mahindra XUV500, and MG Hector. Haval could offer the H6 with two petrol engines - a 1.5-litre T-GDI motor and a 2.0-litre mill. It is likely to cost around Rs 15 lakh.

The H9 SUV will be a full-sizer in India. It will go up against the Toyota Fortuner and Ford Endeavour. Here’s our story of the H9’s Malaysia reveal. The full-size SUV comes with a plush cabin and several luxury features such as ventilated massaging seats, digital dials, and a sunroof. The company’s 215PS 2.0-litre petrol engine could be the only engine on offer.

Haval’s volume seller in India could be its H2 compact SUV. The Hyundai Creta rival has an equipment list to match its competition. It is equipped with features such as cruise control, dual-zone climate control, and a sunroof. The engine of choice could be a 150PS 1.5-litre T-GDI engine.

Another mid-sizer in Haval’s lineup is the H4 SUV. At 4.4 metres, it is longer than the Kia Seltos but smaller than the MG Hector. It is offered with two turbocharged petrol engine options - a 1.3-litre and 1.5-litre. A 360-degree camera, lane departure warning, and tyre pressure monitor system are some of the premium features offered on the H4.

The sub-brand also makes a compact SUV called the H1. Haval offers it with a 1.5-litre naturally aspirated engine which makes 94PS of power and 130Nm of torque. At 3961mm long, the SUV is the perfect size to avail subsidies for sub-4 metre cars in India, though its 1.5-litre engine exceeds the mandated specifications.

A diesel engine is sorely missing from Haval’s lineup. Its current crop of petrol mills are Euro 5 compliant. Haval’s lack of diesel engines could be offset by the move to petrol-only drivetrains by some manufacturers in India.

Great Wall Motors produces electric vehicles under the Ora sub-brand. They range from the miniscule R1 electric hatchback to the iQ electric sedan. The R1 is an ideal choice for our market where affordable EVs will help quicken electric car adoption. It is priced between Rs 6 lakh to Rs 8 lakh and has a 35kWh battery and a range of 312km.

The iQ is a tall sedan with a claimed range of 401km. Its 47kWh battery powers a 280Nm electric motor. Priced at the equivalent of Rs 20.54 lakh, the Ora iQ could offer a more affordable alternative to the MG ZS EV and Hyundai Kona if launched in India.

Great Wall Motors will also showcase two concept SUVs at the Auto Expo. The first is the Haval vision2025 concept which made its global debut at the Shanghai Auto Show in April 2019. It is a connected car which features an Augmented Reality head-up display (AR-HUD), outer rear view cameras instead of mirrors, face recognition and biometric security features. The car can recognise its user, ask for the owner’s authentication, and access individual cloud-based databases to adjust the user’s seat and music preferences.