The electric SUV, likely to be launched in 2021, will get a long-range version 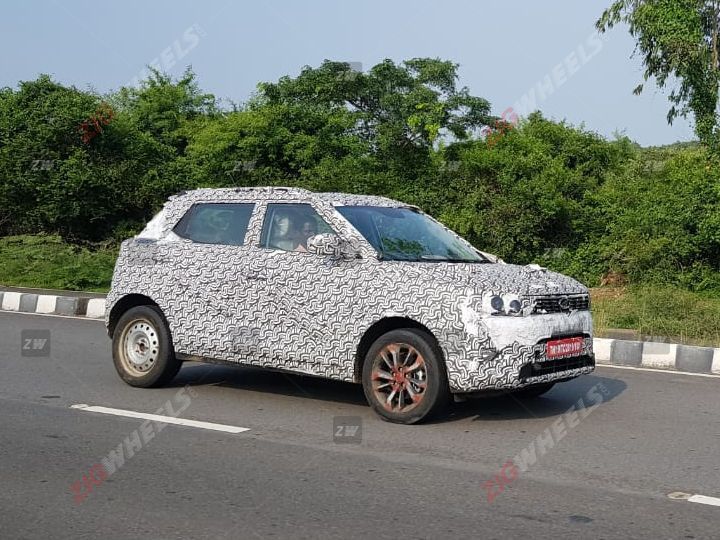 The all-electric Mahindra XUV300 was spied testing in March this year wearing full camouflage. It is likely that this will be the flagship Mahindra EV, though the company is working on a ground-up EV platform as well. Mahindra remains tight-lipped about launch details for the Tivoli-based compact SUV, but we can expect the car to launch by 2021. A new report suggests that the electric crossover will feature a range of 300km, and take on Hyundai's only EV offering, the Kona.

With an electric motor capable of producing 132PS, the new XUV will be at least as fast (maybe quicker) than the contemporary fossil-fueled vehicle. Mahindra’s managing director revealed in December last year that the car will be available in two variants, one aimed at commuters and affordability, and another long-range aspirational XUV300 EV. Prices are expected to start from Rs 10 lakh.

The latter is expected to come with a 40kWh battery and DC fast charging, enough for a range of 300km. This number might be a conservative estimate since Mahindra is working closely with LG Chem to produce Nickel-Manganese-Cobalt (NMC) Lithium-ion batteries for this vehicle. This technology is part of current pre-production research at Tesla and will provide a higher energy density per unit volume than conventional Li-ion cells. Stalwarts like the Chevrolet Bolt and Nissan Leaf already use these batteries.

Mahindra plans to launch an all-electric KUV100, which will be followed by the first fruit of the Ford-Mahindra joint venture - a small sedan based on the international market Ford Aspire. The company is also working to develop all-electric vehicles which would be designed, engineered, and built as EVs. Dr Pawan Goenka, the Managing Director of Mahindra, has expressed that Mahindra will bring these vehicles to the market in 3-4 years. Given the collective expertise and experience of Mahindra and its subsidiaries, these EVs are likely to be competitive with world market cars.

Mahindra Electric has had a good run ever since it took over Maini Reva in 2010, and launched the E2O in 2013 as an affordable urban commuter. With the news of this XUV300 electric, the company seems to be back in the electric game with a roadmap to launch EV variants of Mahindra models, as well as a sedan based on the Ford Aspire, by 2021. The latter might be the first product of the Mahindra-Ford joint venture, in which Mahindra has a controlling stake of 51%.