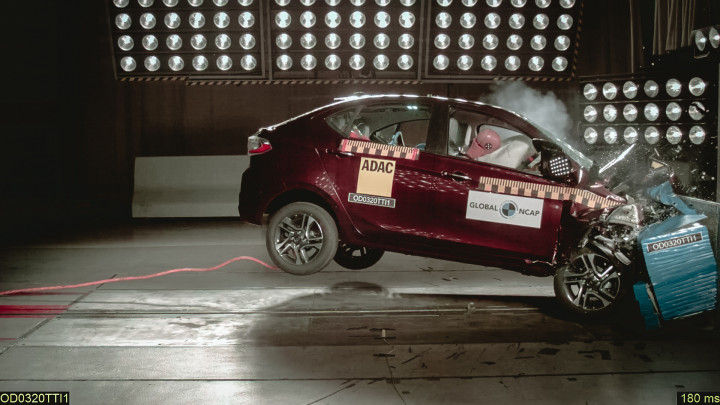 The Tiago and Tigor don't get ISOFIX mounts, so child occupants were strapped into car seats which were affixed using seatbelts. Even then, the protection of both the 3-year old and 18-month old dummies was rated ‘good.’ The loss of two stars was due to lack of three-point seatbelt in the middle seat and the unavailability of an airbag disconnect system for the front seat. Compromises like these are what make the Tiago and Tigor affordable.

Unlike the Altroz, the Tiago and Tigor are not based an all-new safety-conscious platform. The structural integrity was described by the GNCAP report: “the bodyshell was rated as unstable and it was not capable of withstanding further loadings. Footwell area was rated as unstable.”

The Tata Tigor and Tiago are the benchmarks for safety in their respective segments. We hope other carmakers also get their cars tested and reveal the data for a more competitive, passenger safety-focused market. The Tiago and Tigor's equipment is on par with the segment benchmark and its scant shortcomings are a compromise. That being said, all four compact cars sold by Tata -- the Tiago, Tigor, Nexon, and Altroz -- get 4- or 5-star safety ratings. Good going, Tata!