Tata's got its engineering right, but what about the hardware? 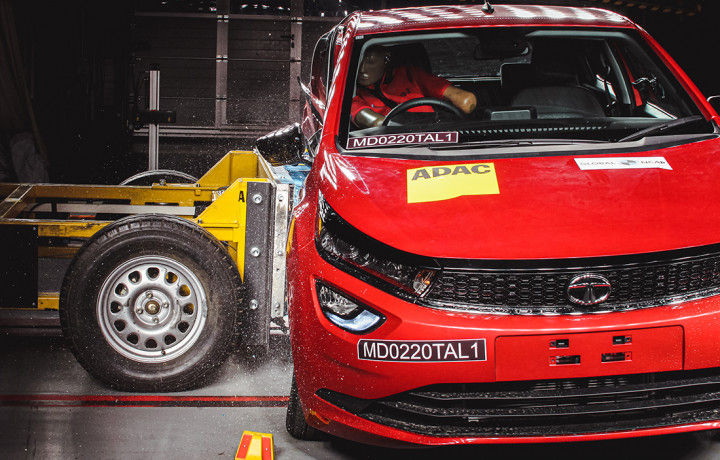 The Global New Car Assessment Program has released the crash test results of the upcoming Tata Altroz hatchback. The Altroz won 5 stars for adult occupant protection and three stars for child occupant protection. These scores are similar to those of the Nexon compact SUV with two airbags tested in 2018.

Adult occupants seated in the front seats were protected by airbags in frontal crash tests. The results show 'good' protection of the driver and passenger's head, upper legs, and feet. Chest and shin protection was rated 'adequate.'

The stability of the structure is commendable in frontal and side crash tests. Although the Altroz stood up to the deformable barrier in the side crash well, the impact looks painful in the absence of side or curtain airbags. In the frontal crash, the aerial footage shows a crack in the Altroz’s windshield on impact. Global NCAP concluded, "the bodyshell was rated as stable and it was capable of withstanding further loadings."

A chink in the Altroz’s armour is its lack of passive safety equipment. The Indian government has made dual airbags mandatory for all cars, and that’s what this hatch gets. Unfortunately, side and curtain airbags are not available even as an option. According to the GNCAP report, only the driver’s seat gets seatbelt pretensioners.

Global NCAP launched the #SaferCarsForIndia campaign in 2014 and has rated 35 cars since. The Altroz’s score is promising. We hope it implores the carmaker to add more hardware to an already attractive package. Until then, consumers are advised to apply their discretion when installing child seats.