The Czechs are going green. Quite literally. 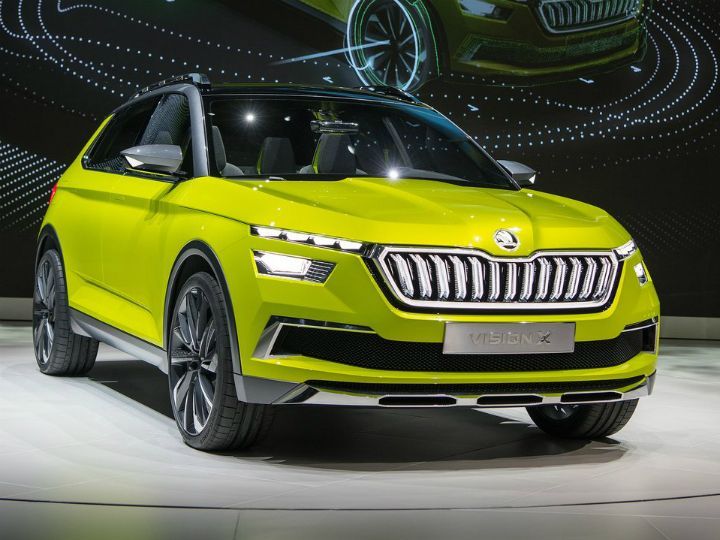 Before we begin diving into the details, let's all agree on one thing - the Vision X looks fantastic. And, if Skoda's history is anything to go by, the production-spec version shouldn't look too different. That brings us to the all-important question - what's the Vision X hinting at? What's it going to morph into?

Well, it's going to be yet another SUV that slots under the Skoda Karoq. Considering the Karoq is the spiritual successor to the capable yet unloved (in India, at least) Yeti, the Vision X should yield a Creta-sized SUV. When? That's a bit of a mystery for now. But, it should definitely make its debut before the end of this decade. Also, this is in line with the Volkswagen Group's plans of having a SUV-heavy portfolio by 2020.

The concept also previews Skoda's green tech in all its glory. The Vision X can run on petrol, CNG and electricity. Its petrol motor is a 1.5-litre TSi engine that's been developed specifically to run on CNG. It makes 130PS of power and 250Nm of torque, and drives the front wheels. The petrol engine is supplemented by two electric motors - a belt-driven starter-generator (tech that enables the electric motor to aid the IC engine) and a separate motor placed on the rear axle that drives the rear wheels. All of this is powered by a 48-volt lithium ion battery system.

The Vision X can shift between being front, rear and all-wheel drive as and when needed. But, here's the fun bit - it doesn't have a drive shaft. This has been done to keep weight in check, and in turn extend range. Skoda says that the Vision X can run in EV mode for up to 2km. The total range of the concept stands at a respectable 650km. Of course, it also features the usual EV wizardry of energy regeneration that recharges the battery while braking and coasting.

Putting two powertrains together has obvious benefits in performance as well. Skoda says there's up to 1000Nm of torque on tap, which should be good for a 0-100kmph dash in 9.3 seconds. Top speed is rated at 200kmph!

PS: If you run out of gas or electric ponies, there's a skateboard in the boot.