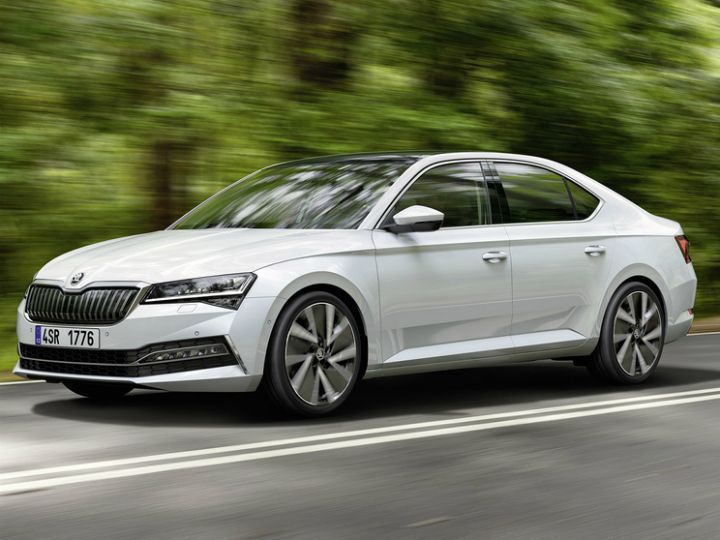 Skoda took the wraps off the Superb facelift at the IIHF Ice Hockey World Championship in Bratislava, Slovakia on 23 May 2019. This is the first major update for Skoda’s flagship sedan since it was first introduced globally in 2015. While the basic design of the car remains more or less the same, the Superb facelift gets plenty of new elements in and out which gives it a fresh lease of life. Also, the facelift gets a brand new heart in the form of a plug-in hybrid which will be called the Superb iV.

The Superb iV employs a 1.4-litre TSI petrol engine mated to an 85kW electric motor. This setup helps produce a combined power output of 218PS of power. The carmaker also claims that the Superb hybrid can cover 55km on pure electric power. The combined range is rated at 850km. The Superb iV employs a 37 Ah battery for fueling the electric motor and the carmaker claims that the battery pack can charge up to 80 percent in 3 hours 30 mins using Skoda’s new wall charger.

Talking about the design changes on the superb facelift, at the front, it gets a set of sleek optional Matrix LED headlamps which now merge into Skoda’s trademark butterfly grille. The front bumper has received updates in the form of sleek LED fog lamps. Moving to the side, the Superb facelift remains almost identical to the previous version apart from a set of new dual-tone alloy wheels. At the rear, a thin chrome strip runs across the bootlid, which connects the new LED tail lamps together. What’s more, the Superb facelift also features dynamic turn indicators just like modern Audis. The Superb facelift also ditches the Skoda logo at the back. Instead, the carmaker has decided to space out the letters ‘SKODA’ a la modern Volvos.

Inside, the changes are less visible, with the cabin remaining mostly unchanged. While you get analogue dials as standard, you get the option of the 10.25-inch virtual cockpit to spruce things up. Apart from that, the wood inserts on the dashboard have been replaced by a silver wood trim.

The Superb facelift features an 8-inch infotainment system as standard with an option to upgrade to the bigger 9.2-inch infotainment system. Both the systems now come with an e-SIM which enables connected features such as online navigation and live traffic updates. It also comes with a Smartlink technology where certain apps from your smartphone can be controlled on the infotainment screen using Android Auto, MirrorLink and wireless Apple CarPlay. It also gets a wireless charger, 360-degree camera and trailer assist as exclusive for the Superb iV.

Apart from the PHEV, Skoda has also unveiled a more rugged variant of the Superb along with the facelift called the Superb Scout. Essentially a Superb on stilts, it features an estate-like body and rugged cladding all around to give it a macho look. The Superb Scout gets all-wheel drive and the 2.0-litre TDi and TSi engines in its highest state of tune to give some thrills on your off-road trip.

The Superb facelift is expected to hit showrooms in India by the end of this year or at the 2020 Auto Expo. While the exact set of engines that’ll be present under the hood is yet to be known, it will comply with the upcoming BS6 emission regulations. The Superb facelift is likely to cost more than the current car, which retails from Rs 23.99 lakh to Rs 33.50 lakh (ex-showroom Delhi). It will take on the likes of the Volkswagen Passat, Honda Accord Hybrid and Toyota Camry Hybrid.

The PHEV Superb iV is expected to launch in international markets by the end of this year. However, for now, it is unlikely that Skoda will bring it to India, as in a recent interview Zac Hollis, Director, Sales and Marketing of Skoda India, revealed that hybrids are not top priority for the market right now.