Does the new Superb continue to make you feel special irrespective of where you are sitting? 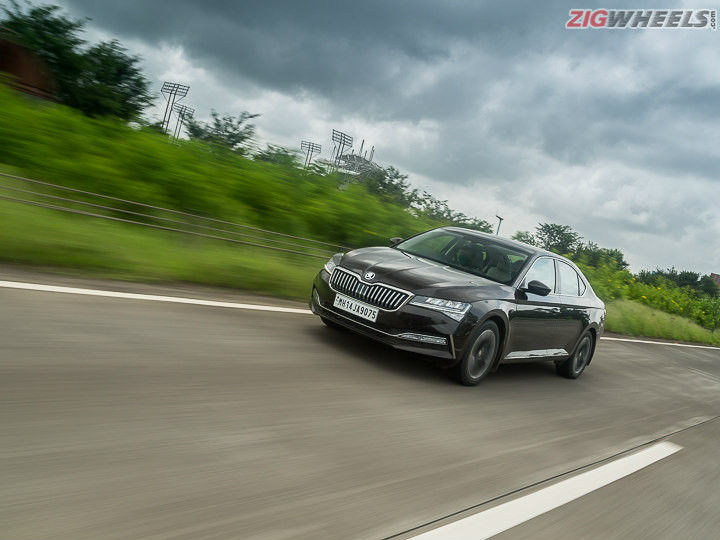 The Superb is one car that truly embodies its name. And for the last decade, it has been the go-to car for those looking to tell the world they had arrived. Not just at a destination but at a place in life where they could choose to take the backseat, or just as easily switch to the front seat and take charge of things. Now, however, there is a new Superb. Well, it’s a facelift, but it has a new heart underneath the bonnet. It’s got bigger displacement, but promises to be kinder to mother nature by guzzling less fuel and also being BS6 compliant. So has that kindness resulted in the Superb losing any of its good manners, or has it aged like fine wine?

And I mean that in the nicest of ways possible. The Superb’s design is now a tad bit more edgy, something that was lacking in the pre-facelift model. It adds a touch of aggression to its design. The narrow fog lamps, MATRIX LED headlamps and sharper tail lamp, all contribute to that image. The alloy wheel design, different for both the Sportline and L&K variant, is new as well. You’ll find more chrome on the car than before, and for once we’ll agree that it's a good thing.

It's grown, well sort of…

The Superb is now longer, by like 8mm due to its resculpted bumpers. It has lost 14mm when it comes to height and the ground clearance of the petrol model has gone down by 8mm too. However, the all important width and wheelbase numbers continue to be the same. But how does all of that feel from inside the cabin? Well, you'll be hard-pressed to notice anything from the backseat as the interior space on offer continues to remain the same.

No additions to the brochure?

That’s one area we find the Superb to be a little lacking. There are no real substantial additions to the features present inside the cabin. Yes, the Sportline variant gets a digital instrument cluster but it is missing in the top-spec L&K! The brochure says the Superb gets a panoramic sunroof but it's a regular sunroof. If you are sitting in the second row and look up, all that you will see is a beige roof liner, that nonetheless, has quite a good finish. And let’s be honest, if you are paying for the Superb, you’ll be spending most of your time in the back seat.

The touchscreen has been updated and it's quite well designed, and easy to use. But then its missing connected car technology, a feature that is available now in many cars at much lower price points. And the tyre pressure monitoring system doesn’t tell you the actual tyre pressure. Instead, you get a warning light if the pressure drops below the preset limit. The whole process requires you to manually check the pressure and set up the system.

We know this is a facelift but any prospective buyer of the Superb would have appreciated something that sets it apart from the outgoing car. It does get MATRIX LED headlights but that’s on the exterior. One of the reasons why we love the Superb is its ability to spoil its passengers silly with the kind of opulence on offer inside the cabin. And it's a little disappointing that there are no new toys in this facelift that would do so.

The Superb is a limousine in the first place so before we go talking about any of its sporty characteristics, let’s take a look at the kind of cabin experience you can expect. The legroom in the rear is so generous that you could have one six-footer sitting behind the other and you’d still have enough room left over to let your labrador snuggle at your feet! The cabin is well insulated as well and you’ll find that over most surfaces, the Superb does a good job of ironing out road, wind and engine noise. It's only over really coarse tarmac that some amount of tyre noise creeps into the cabin.

You’ll be better off in the Superb if you like to catch a few zzz’s during your commute. The headrests in the second row are flanked by two L-shaped supports that can be pulled down. They keep your head from moving side to side.

The only negative we could find in the rear half of the cabin is that you can seat only two on the rear bench. You could maybe seat a child in the middle but the exorbitantly sized transmission tunnels means that no adult or even teenager would be comfortable sitting in the middle.

At the front, the Superb’s seats are well bolstered and provide good support. You’ll find yourself quite comfortable and fresh, even after having driven a few hundred kilometres. It’s all down to the ergonomic placement of controls and the adjustments you can make to find the right driving position.

Skoda now offers the Superb in a petrol-automatic combination only. While most of you might be complaining about the diesel being dropped, we don’t necessarily think that’s a bad thing. The levels of refinement here are excellent, as they should be in a premium sedan. And this 2.0-litre turbo-petrol engine is simply a hoot to drive. You’ll find that it revs all the way to the redline in an energetic fashion and you never once feel the engine running out of breath. The 190PS and 320Nm on tap means that the Superb is quick to reach triple digit speeds and it does that without a hint of drama.

There are drive modes that tweak throttle, gearbox and steering response. But whatever setting you choose here, the Superb never really breaks cover from its identity of being a limousine. Even in sports mode, the gearbox doesn’t induce any wild jerks into the cabin and the throttle response while crisp, doesn’t make the passengers feel uncomfortable. The steering weight changes with the change in modes (Eco, Normal, Sport and Individual), but it hardly does anything to add to or subtract from your experience.

The refinement factor has been carried over to the DSG as well. This quick-shifting 7-speed dual clutch from the VW Group is known for its sporty performance but in the Superb, that goes one step higher. Use Eco or Normal mode and you won’t be able to make out when it upshifts or downshifts. Only in Sports mode can a shift be felt and even then, it hardly inconveniences anyone inside the cabin.

And if you thought dropping the diesel meant that the Superb won’t be an efficient choice, think again. In our city efficiency test, the Superb managed a respectable 11.28kmpl whereas out on the highway, that figure climbed up to 16.52kmpl. One could argue that the diesel engine would return even better numbers and the difference in price of the two fuels would further cement its advantage. But look at it like this, that’s the price you pay for the extra refinement and the pure driving pleasure that can only be delivered by a petrol engine.

Skoda has set up the Superb’s suspension so that it falls relatively on the softer side of things. And due to that, the ride remains super comfortable as always. Sitting in the back seat, or the front, you will find that it just glides over your everyday potholes and for the most part, you won’t feel or hear anything inside the cabin. Increase your speed though and you will find that some of that suspension noise does creep into the cabin. Also, the flipside of the softly set up suspension is that you’ll find it bobbing up and down, every time you have crossed a speed breaker. To stop that from happening, you need to make sure that the speedo is strictly below the 15kmph mark, or even around 10kmph in some cases, everytime you go over one.

The canyons have never been the Superb’s proving grounds. So we wouldn’t have been too hard on it if it acted like a long limousine that was setup for ride comfort. Wrong! Show the Superb a set of corners and you’ll be surprised at the eagerness it shows to get through them with minimal fuss. Now the softly setup ride means there is bound to be body-roll. And there is. But frankly, the sheer amount of mechanical grip from the chassis and the tyres, and the direct nature of the steering wheel means that you are left with a huge grin plastered on your face. In fact, the body roll is more evident when going in circles at slower speeds or making a u-turn, rather than when you are attacking corners with some zest.

And despite its size, you’ll find that the Superb is quite easy to drive. There is good visibility all around and once you have spent 20 to 30 minutes driving it around, the dimensions kind of shrink down. You no longer feel like you are driving a car that is almost 5 metres long!  It becomes second nature to manoeuvre the car through narrow spaces, with the over-enthusiastic parking sensors at the front and rear keeping you from grazing any traffic cones.

The Superb is the last of a dying breed. All its competitors have suffered a painful death, being trampled upon by SUVs. The ones that managed to survive, like the Toyota Camry or the Honda Accord till some time ago, went hybrid. So the fact that the Superb still managed to come out the other end of the tunnel, using the formula of a luxurious, spacious and sporty limousine, which it first brought to India almost a decade ago is nothing short of an achievement itself.

With this facelifted Superb, Skoda has once again reminded us of what we will miss once the SUVs and the electrics fully take over. A sedan that packs in luxury, comfort, space and sheer driving pleasure all in one. If only the Superb offered the very latest technology like the SUVs of today, maybe we would see a resurgence in its sales. And after all this if you are still thinking about the Superb, our recommendation is, don’t think twice. 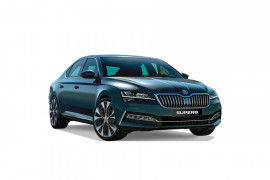 All Comparisons of Superb