A Sneak Peek Of The Skoda Rapid Successor's Interior

By the looks of it, the compact sedan’s dashboard borrows quite a bit from Skoda’s compact SUV, the Kushaq 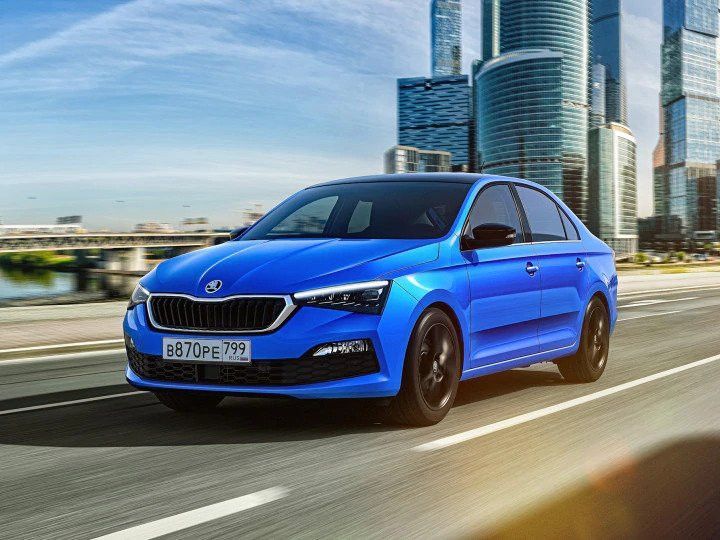 Images of the Skoda Rapid successor’s interior, likely to be called the Slavia, have surfaced online for the first time. By the looks of it, the sedan’s dashboard borrows a few features from Skoda’s latest SUV, the Kushaq.

The 10.1-inch infotainment system, analogue dials, touch-based climate controls and two-spoke steering wheel has been lifted off the Kushaq. However, the sedan does boast its own unique design touches to distinguish it from Skoda’s compact SUV.  For instance, the lower half of the dashboard is finished in beige, lending a more premium outlook.

Then there are the central air-con vents, whose placement is quite similar to the Octavia, while the touch-based climate controls are placed below it. On closer inspection, the graphics on the infotainment system give a peek of the upcoming sedan’s exterior design. Even the features list is likely to be similar to the Kushaq. You can read about it by clicking here.

The upcoming sedan will be longer than the Rapid. It should sit on the same 2651mm wheelbase as the Kushaq and that should result in better legroom for rear seat occupants. Also, the Honda City rival will be a notchback with a liftback tailgate (like the Octavia) instead of a proper three-box sedan.

Like the Kushaq, the upcoming sedan will be based on the MQB-A0 IN and will be offered with two turbo-petrol engines. Both engines should be offered with manual and automatic transmissions.

Take a quick look at the specifications:

The wraps on the Skoda Rapid’s successor will be off by the end of this year. We expect it to be priced from around Rs 10 lakh onwards, putting it in the same league as the Honda City, Hyundai Verna, Maruti Suzuki Ciaz, and the upcoming VW Vento successor (possibly called Virtus).